The internet and numerous technological advances have drastically reshaped the ad industry since the appearance of the first internet banner ad almost 23 years ago.

“Before, traditional models for advertising evolved over a long time,” said Troy Valls, the vice president of discovery and design at Zubi Advertising Services in Miami. “Like ads for a television production that can easily take 6 months, from the time that you conceive an idea to the time that it’s actually locked. Digital [advertisement] blows that up, especially if you’re chasing relevant content. You need that, like, yesterday.” 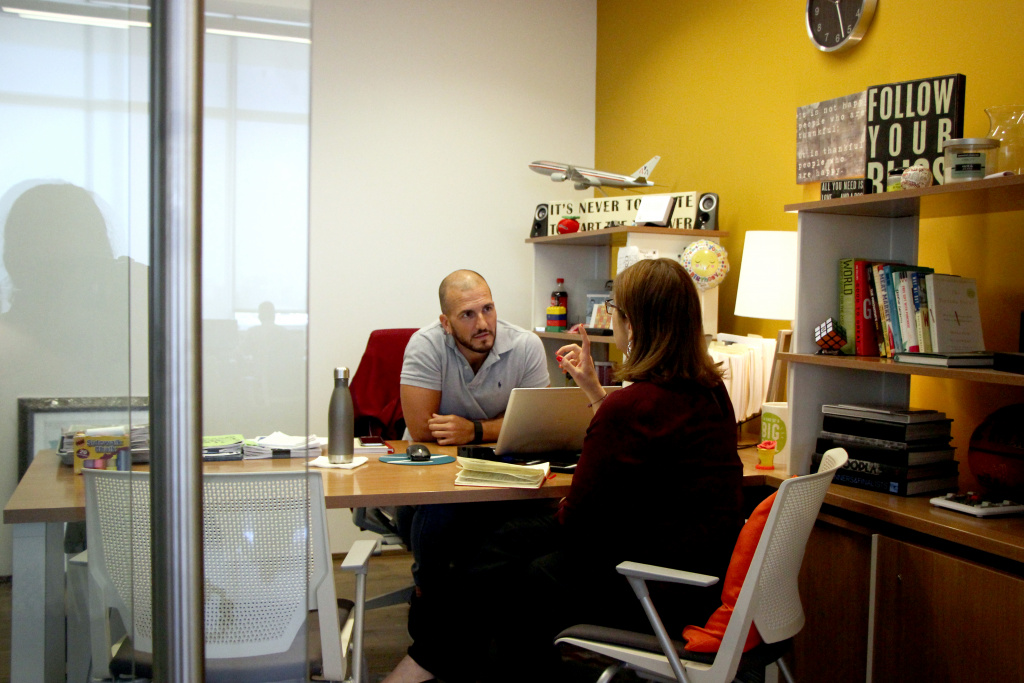 Zubi Advertising’s vice presidents of discovery and design and media integration, Troy Valls and Isabella Sanchez, brainstorm ideas for their next project. (Photo by Emma Delamo)

More than print, digital advertising is dependent on trends and timing.

“It’s very critical that we send the right message to the right people at the right time,” said Alan Campbell, chief operating officer at Marca Miami. “We try to make sure that we do everything ahead of time because once the message is out there, it’s over. The hard work is getting it out before anyone else does.”

Valls agreed, saying, “The opportunity to be relevant is incredible. If you can have the right message at the right time and in front of the right person now, before anyone else can, then you have a better chance of catching that person’s attention.”

While advertising has always been about reaching a specific audience, Miami’s advertising agencies have found even more effective ways based on real-time analytics.

“Because of data, it’s very clear who is interacting in each platform, and we see whether it would be a good use of time and money or not,” said Isabella Sanchez, the vice president of media integration at Zubi. 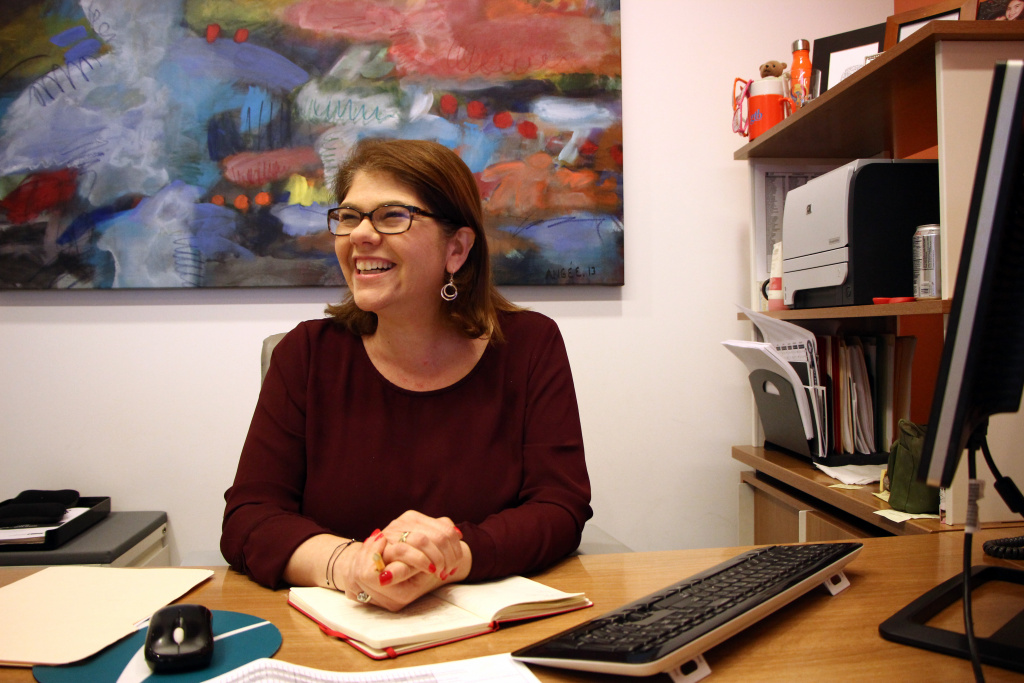 Isabella Sanchez enjoys her time in her office surrounded by all the tools she needs to develop ads. (Photo by Emma Delamo)

Agencies use syndicated companies like Simmons and Mediamark Research and Intelligence programs that survey thousands of people and are accordingly able to identify trends in preference and opinion.

“We are able to track our own campaign performances, but also be able to monitor public conversations about competitor activity, trending topics, and influencer activity, which may be beneficial to amplifying our efforts.”

The digital world has also granted consumers tons of commercial options and opportunities, which means advertisers have to contend with consumer time shifting. Consumers no longer have to wait for shows to air on cable television, or wait for a certain song to play on the radio.  They can make individual decisions about when and where they stream media and subsequently when an advertiser reaches them.

“I would say that digital ads are complementing and enhancing traditional ads and making traditional media evolve and not remain still. They have to up their game, otherwise they’ll lose everybody,” said Zubi’s Sanchez.

“Not even that long ago you’d have to wait to watch what you want on TV and you’d have to wait for a song to play on the radio. But now, nobody does that. Now, the consumer is in control. Technology has really changed the way we have to act in the market.”

In the past, it was up to traditional media to set trends. Now, advertisers have to consider what’s happening in real-time and focus on what the world really looks like rather than what it’s made to be. Trending topics occur in real time and then become topics of reference and relevance over social platforms.

People from all over the world make up South Florida’s dynamic population. For that reason, Miami ad agencies have to make sure that they accurately represent different cultures; that they not only target, but accurately speak to the right people for the right product.

Miami ad agencies like Zubi have set a standard for their companies: when they put work out there, they try to remember that they are storytellers portraying real lives rather than interpretations of what they see.

For instance, when Apple released a taco emoji to represent the hispanic community in 2016, Zubi produced an ad and an app of emojis that represent all Latinos and the variations in dialects of all Latin Americans and erased the stereotype that the public has created for them.

They have an array of emoji’s: Arepa’s a popular Venezuelan cuisine; Celia Cruz, an iconic Cuban singer; slang words like “dale” and “asere”; and even a quinceañera.