When Kevin Morris dropped his son off at Marjory Stoneman Douglas High School on the first day of class after the tragic Feb. 14 shooting, he saw what he called “a military installation.”

The police presence had been greatly increased, metal detectors had been installed and clear backpacks became mandatory.

“Stoneman Douglas might have been a welcoming place before,” Morris said. “I can’t say it’s like that now.”

It was hard for Morris’ son, a sophomore, to be reminded daily of the massacre, where former Stoneman Douglas student Nikolas Cruz shot and killed fourteen students and three staff members. It impeded his ability to find a new normal in the wake of the shooting. 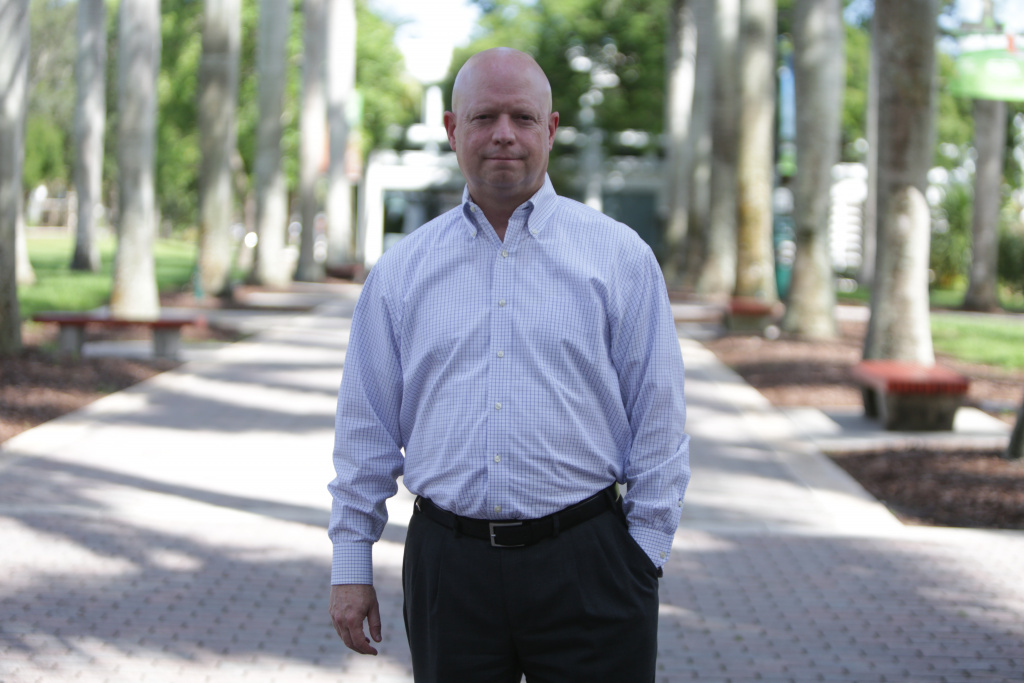 For MSD English teacher Nicole Blands, however, these severe measures were the only option. The comfort that the increased police presence provided was a vital part of her healing process.

The shooting’s aftermath has greatly increased the burden faced by Stoneman Douglas teachers like Blands. They have to cope with their own fear, guilt and grief, while simultaneously needing to support students facing identical emotional trauma.

“As a teacher, you have to keep it together,” she noted. “But at the same time, you have your own grief you’re dealing with.”

Teachers returned to Stoneman Douglas on Feb. 23, just nine days after the shooting. Blands feels they returned to the MSD campus too soon.

Laurel Thompson, director of student services for Broward County Schools, concludes that the decision to go back so soon was never one that could have had 100 percent consensus.

“The decision was made to bring the teachers back in a staggered way,” Thompson said. “They came back for a few hours, for a few days, to get back into a routine in a very slow, deliberate manner.”

Nicole Blands expected the tragedy would bring all the Parkland survivors together but was surprised to find indifference from some parents and students once everyone was back at school.

“I know you are hurting, but it doesn’t matter. Get back into the routine,” one parent told her.

After some time back at school, the teachers began to regain their footing. The staff was offered a plethora of resources to help with recovery, including a comedy show, art therapy, educational seminars, as well as optional group and individual therapy sessions.

The district also provided support from the employee assistance program, a team focused solely on the well-being of the faculty.

Despite the additional support, Blands was still struggling during the school day with keeping up a façade for the sake of her students.

“[The criticism] forces you to suppress what you are dealing with and just get through the day,” she said.

The Broward County School Board has taken steps in recent months to better respond to crises. According to Thompson, the board has partnered with the University of South Carolina to certify all teachers as trauma cognitive behavior therapists for the 2018-19 school year. This two-day course trains them to assist anyone on a campus who is experiencing grief.

The district has also opened the Broward County Resiliency Center. It is open seven days a week for free walk-ins and offers mental health services to everyone including students, parents and staff of schools in Broward County.

“The students can come in,” Thompson said. “The families can come in, it is open to the whole community, and they can get therapeutic services or just come there to use the facility.”

The Florida Education Finance Program has earmarked $40 million in mental health assistance for the 2018-19 school year. According to Eva Regueira, director of inter-governmental affairs for Miami-Dade County, the district has begun to allocate the 13 percent of that budget assigned to them since the fiscal year began on July 1.

The Parkland shooting fractured the MSD community. In the future, Kevin Morris hopes that MSD will “find a way to continue to offer a sense of community.” Blands also hopes that the public will become “more empathetic and understanding” towards the teachers, who are still feeling their own grief six months later.

When the press exposure thins and #neveragain and #msdstrong stop trending on Twitter, the effects that the shooting had on the Stoneman Douglas Eagles community will linger for years to come.