By Kennedy McKinney
The Bolles School

Ten years ago, Cheryl, 55, walked into her doctor’s office hoping to cure her anxiety and depression. Instead, she left with what would soon become an unexpected physical dependency.

Cheryl was prescribed her first Benzodiazepine. Today, though no longer dependent, she still suffers from protracted injury resulting from having taken a drug considered to be more addictive than heroin.

“I didn’t think I was terribly anxious, but I figured that since they called it an anti-anxiety drug, it would be good for me, and they should know, right?” Cheryl said.

“I figured I could trust my doctor to do what’s best for me.”

According to many healthcare professionals, this mindset is killing elderly South Florida residents such as Cheryl, who asked that her full name not be used. Some are becoming physically dependent on benzodiazepines, or benzos, which killed 1,421 Floridians in 2016, according to Pain News Network.

Xanax, the most popular benzo, has attracted many users due its capacity to help with anxiety and panic attacks.

Howard Lerner, president of South Miami Recovery, an outpatient substance abuse center, is familiar with the risks of overprescribing.

“If grandma is sedated, she’s out of everyone’s hair,” he said.

South Florida has one of the largest populations of elderly residents in the country. As they grow older, there is a higher demand for anxiety relief.

“It’s not so much that the elderly are looking for something to abuse,” Lerner said. “They are just trusting their doctor to help them. It’s more innocent.” 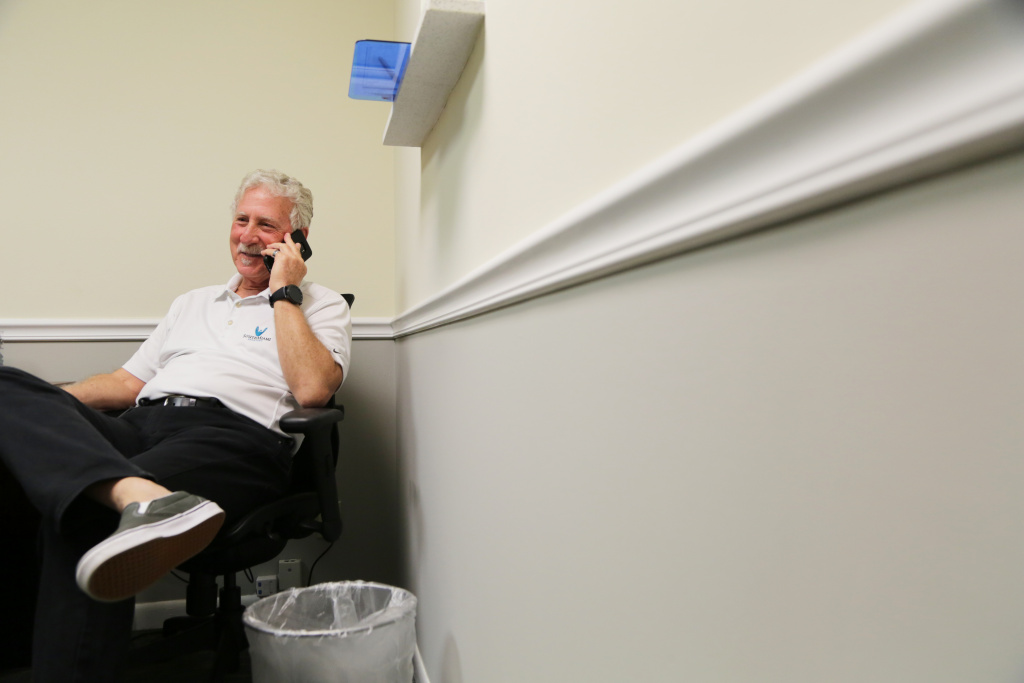 When Xanax is used long-term, patients tend to develop a tolerance to the drug, leading to higher doses, a phenomenon known as physical dependency rather than addiction.

“So they come back to the doctor who, in most cases, prescribes Xanax,” Lerner said. “This is a death spiral.”

Because of the extreme risk of addiction, Xanax should be used for short periods of time, said Radhika Chithriki, an adult psychiatric doctor.

Users often can’t see the drug’s damage until something drastic happens such as seizures, falls or panic attacks. Even then, many don’t think Xanax is a cause. Many doctors are now trying to find a way to safely get people off Benzos without causing more problems.

“The biggest problem is that doctors don’t know how to help them get off safely or recognize symptoms,” said activist Jocelyn Pederson, who once was physically dependent on Xanax. “It all comes down to miseducation. They don’t realize how potent the drug is.”

Lerner said that insurance companies can be a driving force in the prescribing of Xanax.

“Physicians don’t have the patience for patients, and insurance can be the reason,” he said. “With Medicare, doctors aren’t making the money they need, so they have to make up for that by seeing as many patients as possible. The problem is that doctors don’t take the time to listen to their patients and instead just prescribe medication. Time is money.”

In the most recent data made available in 2013, Medicare started covering benzos and paid for nearly 40 million prescriptions. Florida, and particularly Miami-Dade County, had more doctors who prescribed large amounts of benzodiazepines than anywhere else in the country.

The percentage of adults in the United States who filled a benzodiazepine prescription increased by about 30 percent, from 4.1 percent of all adults in 1996 to 5.6 percent in 2013. The number of benzos in a prescription also doubled over that same time period.

Anxiety was the most frequent reason these medications were given, accounting for 56 percent of prescriptions.

As Cheryl grew tolerant of her medication, she constantly went to the doctor for more prescriptions.

“I now know it was due to tolerance withdrawal from the drugs,” she said.

When she started exhibiting symptoms such as muscle tightness and panic attacks, her doctor instructed her to avoid the medication altogether. Instead, Cheryl began a detox that lasted a year and eight months. One year in, she experienced nausea, depression, hot flashes, sensitive bladder, cognitive problems and lack of appetite.

“I was pretty much housebound other than to go once a week for a quick chiropractor visit,” she said. “And even to do that, I was extremely uncomfortable physically in the car and had to wear two pairs of sunglasses to withstand the brightness outside, due to the benzo withdrawal.”

Now more than a year later, she still faces sensory overstimulation, muscle pain, bloating and dexterity problems. Worst of all, she still has anxiety.

“Xanax puts a Band-Aid on anxiety disorders,” Lerner said. “Once you stop taking it, the problems will still be there.”

Lerner and Pedersen stressed the need for more research on benzos. Campaigns, such as the July 11th World Benzodiazepine Awareness Day, are working to spread information about the dangers of using these drugs.

“I dropped out of doing everything,” Cheryl said. “This lasted for two years. Friends stopped calling because they didn’t understand. Relatives didn’t understand, and one family member close to me even to this day denies what has happened to me despite my repeated attempts to educate her.

“The tragic part of this is that it could have all been avoided if my doctor had warned me about this.”

Editor’s note: A previous version of this article did not differentiate between the terms “addiction” and “physical dependency,” which is a condition brought on by incorrect or over prescription of drugs by a medical doctor. For an explanation of that distinction, go to: https://www.drugabuse.gov/publications/principles-drug-addiction-treatment-research-based-guide-third-edition/frequently-asked-questions/there-difference-between-physical-dependence