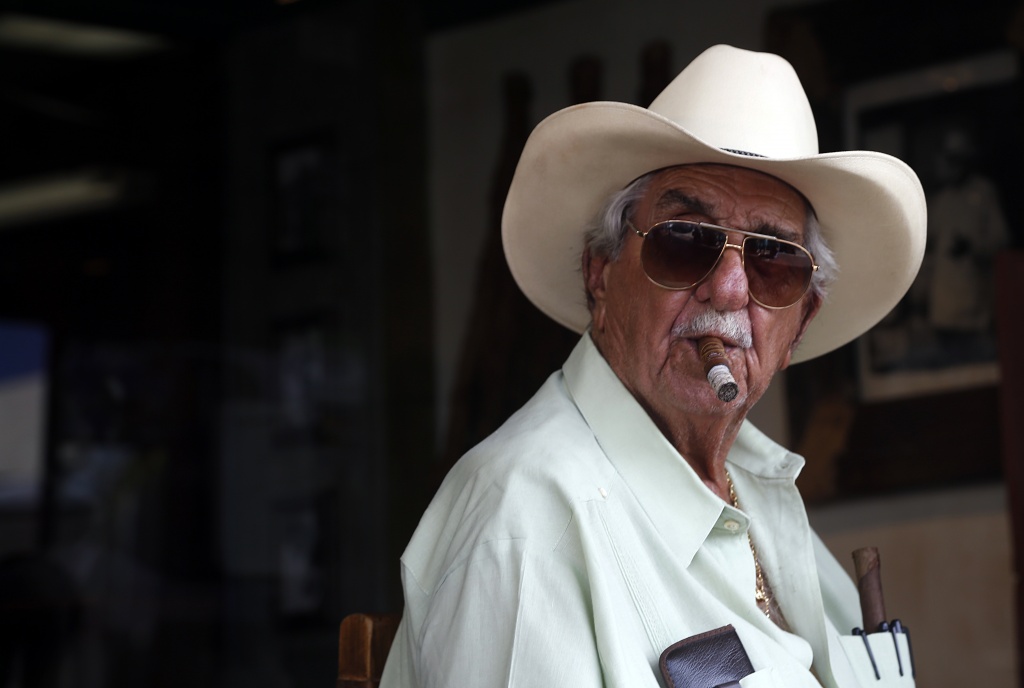 A short walk from Little Havana’s Domino Park leads straight to Cuba Tobacco Cigar Co., one of the most recognizable cigar shops in the area.

In front of the store sits Don Pedro Bello, the founder of the establishment. Wearing a pastel green guayabera and a Panama hat, the aroma of his cigar invites customers in to watch as cigar rollers press tobacco leaves.

Scenes like this one are part of the everyday culture of Calle Ocho. Today, the street is lively, with tourist buses riding through the city, and the proprietors of local businesses bustling about.

VIDEO: Take an inside look at the iconic Calle Ocho, located in the heart of Little Havana. Experience first hand the art, music, and people of this whimsical world.

Last December, after a meeting with Cuban President Raul Castro, President Barack Obama announced the United States will begin to restore diplomatic ties with Cuba. For the first time in 60 years, there’s a very real possibility of the United States trading with the tobacco producers in Cuba.

The country from which many of these cigar shop owners escaped will be competing with them head on, but will Cuban cigars smoke the locals? 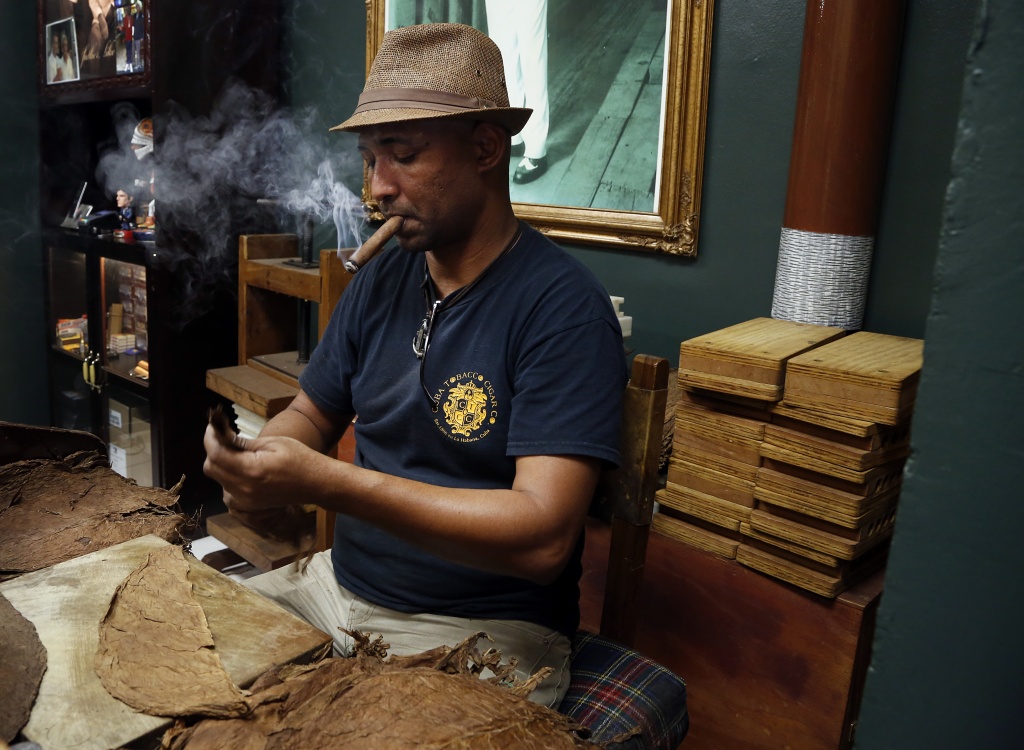 “In my 22 years of experience making cigars, I’ve realized that the product coming from Cuba is not consistent,” said Adiocha Fernandez, a cigar roller in Bello’s shop. “There aren’t any strict regulations to maintain its consistency.”

Cigar connoisseurs, such as Fernandez and Emilio Rangel, a 12-year cigar aficionado, believe the Cuban tobacco quality is much lower than the tobacco from Nicaragua and Honduras. This is due to their lack of supplies, old methods, facilities and equipment.

“Cuban tobacco was the world standard 60 years ago, but it doesn’t compare now,” said Rangel, a regular at Cigar Cellar and Lounge.

The loosening of the embargo doesn’t seem to worry those in South Florida’s cigar industry.

In 2013, Cigar Aficionado Magazine recognized Miami as the “new hotspot for creative cigar makers.” But “new” isn’t the right term for a city with decades of cigar rolling history.

“For generations, businesses kept their heritage alive by growing their own strains of Cuban tobacco in countries like Honduras and Nicaragua,” said Rhea Planes, owner of Cigar Cellar and Lounge. “They set up small factories and import the product back to Miami for rolling and retail purposes.”

The strongest agreement among cigar experts is people continue to buy Cuban stoggies for the appeal of their scarcity and a way to connect with their family’s heritage. The ability to roll cigars like they did in Cuba allowed these cigar owners to keep their traditions intact and shifted the popularity from Cuban cigars to Miami cigars.

Local rollers seem far more concerned about the Food and Drug Administration starting to regulate tobacco. They fear that the new rules, released in June, will subject their cigars to expensive inspections and certifications, forcing small operations to go out of business and diminishing South Florida’s cigar culture.

It’s a culture that has infiltrated many facets of Miami life. Atlanta-based artist Charlie Havanich showcased a portrait of Don Pedro Bello at Art Basel Miami in December 2015.

“This painting means the most to me,” Havanich said. “Mr. Bello with a cigar in his mouth seems to represent Miami, and that’s where my heart is.”

Adiocha Fernandez took the final puff of his cigar, saying, “I believe tobacco here will continue its course. Cuban cigars will have a distinct clientele, and so will we.”