Ever since Stonewall, Miami has been a flashpoint for coming out 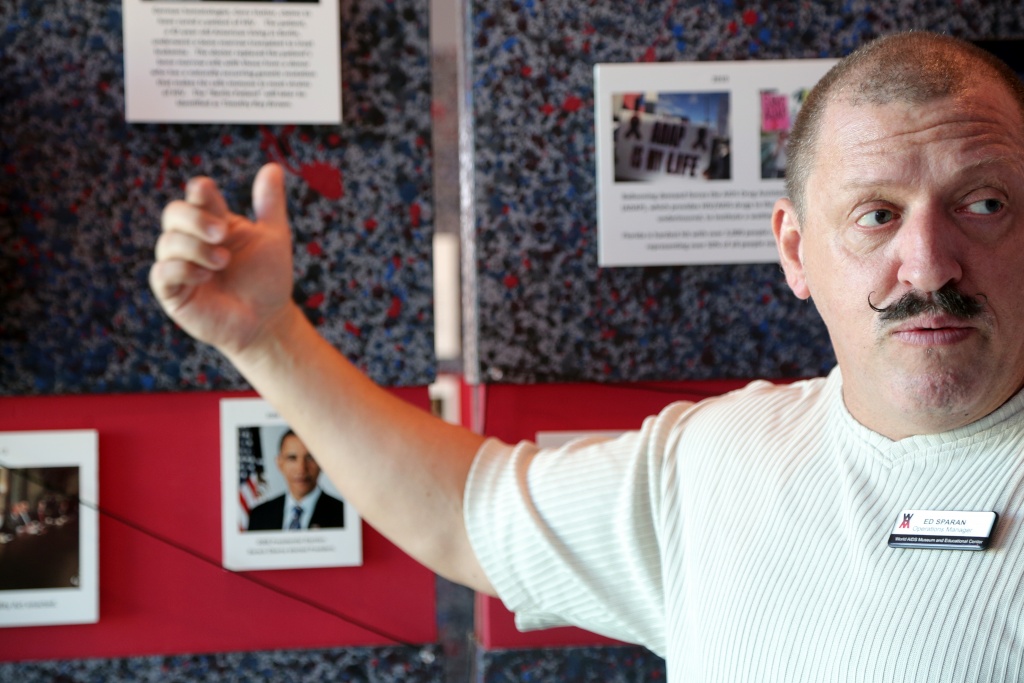 Faced with a decision between violence or fighting back, the nation’s LGBT community uttered its first organized call for recognition during the Stonewall riots of 1969.

Around 2 a.m., the Stonewall Inn, a popular gay bar in New York’s Greenwich Village, was raided, resulting in a battle between New York police and the lesbian, gay, bisexual and transgender, or LGBT, community. The riots that emerged lasted a week and propelled LGBT discrimination into the national spotlight.

“In 1970, we started saying we’re gay, and we’re proud,” said Ed Sparan, operations manager for the World AIDS Museum. “That was when the door opened for our community to express their sexuality.”

Leading up to Stonewall, Miami was no safe haven for the LGBT community. The community had survived since the 1930s through a nightlife in backroom bars, and discrimination was rampant. It was only when Stonewall shook the United States that the Miami LGBT community began to out itself. Since then, the community has experienced failed equality referendums, HIV/AIDS, staggering mental health statistics, governmental discrimination and, finally, a victory.

Throughout the 1970s, South Florida raids were common. Then, in 1977, the city found itself on the national front of LGBT issues when Miami-Dade passed one of the first U.S. ordinances prohibiting discrimination on the basis of sexual orientation.

Shortly after, though, well-known singer and Florida Citrus Commission spokeswoman Anita Bryant organized an anti-LGBT movement to repeal the legislation.

Bryant was ultimately victorious when a countywide vote that year struck down the initiative.

“I think we’ve never really recovered from that,” said Luigi Ferrer, health services manager for PrideLines. “There has been a political divide in Miami’s LGBT community between the assimilationists and the liberationists.”

In 1981, the American gay community again gained national attention when the HIV/AIDS epidemic hit the United States. The media dubbed it “the gay cancer.”

Ferrer was diagnosed with HIV in 1990. In response, he became an active member of the Miami LGBT community. In 1991, he became the executive director of Body Positive, a support organization for HIV positive individuals.

Ferrer remains an advocate for the community, teaching safe sex in schools and hosting support groups for LGBT youth.

When an anti-discrimination ordinance was brought to the Florida Legislature again in 1998, lawmakers pushed it into action by one vote. Twenty-one years after the initial referendum, the Miami-Dade LGBT community was protected against discrimination.

Today, the battle has shifted.

Megan Muralles, a youth leader in the movement, says that while sexual health is still a major issue, other issues have taken center stage, such as transgender visibility, mental healthcare access, media representation and school curriculum.

“There are still movements in countries trying to legalize being gay,” Muralles said. “Every person you meet will say the movement is focused on something different because there are so many issues and so many solutions, but every one of those people are right.”

One of the recent LGBT issues South Florida weathered was the single-sex bathroom law. In 2015, state lawmakers tried to ban transgender individuals from using their preferred facilities. The bill was similar to controversial laws passed in Houston and North Carolina.

State Rep. George Moraitis, the bill’s co-sponsor, says it was meant to address women’s fears of being harassed in public restrooms. When asked for any supporting statistics, he could provide none.

“It’s kind of sad because [bills like this are] sort of divisive,” Moraitis said. “I guess some people felt like it was targeting them.”

While the bill didn’t pass the House, it reflected deeper ideas about the community.

Mental illness is another pressing issue in Miami’s modern LGBT community. The National Alliance on Mental Illness reports that lesbian, gay and bisexual youth are four times more likely to self-harm than heterosexuals. Muralles, 17, started self-harming at age 11. She had to date in secret and could not tell her parents she was in her school’s Gay-Straight Alliance.

After two years of recovery from self-injury, Muralles says she is happier with herself. She went on to speak at multiple conventions, including the 2015 Stonewall National Education Program.

Denise Palazzo, LGBT facilitator for Broward County Public Schools, says that because of youth leadership like Muralles’, every public high school in Broward County has an active Gay-Straight Alliance. Together, these clubs discuss advocacy and emotional support.