On July 31st, Electronic Benefit Transfer (EBT) cards may no longer work at farmers’ markets nationwide. For many Americans living in food deserts, this poses a potential for catastrophe.

EBT cards allow citizens to receive welfare benefits via a payment card similar to a debit card. The program is seen as a more efficient version of traditional food stamps. Of the 7,000 markets across the country that currently accept EBT cards, 1,700 may end up with no way to process them.

If this scenario plays out as predicted, many people in underprivileged areas will lose access to fresh, non-processed foods. This would lead to the creation of more food deserts, places with limited access to fruits, vegetables and other produce.

According to a 2015 Sun-Sentinel report, South Florida is home to 326 food deserts. The issue impacts 23.5 million Americans, including nearly 2 million Floridians. Elderly citizens with physical handicaps are most at risk.

“A food desert is any geographical area where the ability to grow your own food is limited, or impossible,” said Rebecca Thomas, food security major at the University of South Florida.

The issue stems from a gap between government contracts. The Department of Agriculture used to hire the Farmers’ Market Coalition to be the mediator between itself and technology companies that provide hardware and software for government services such as EBT card readers. 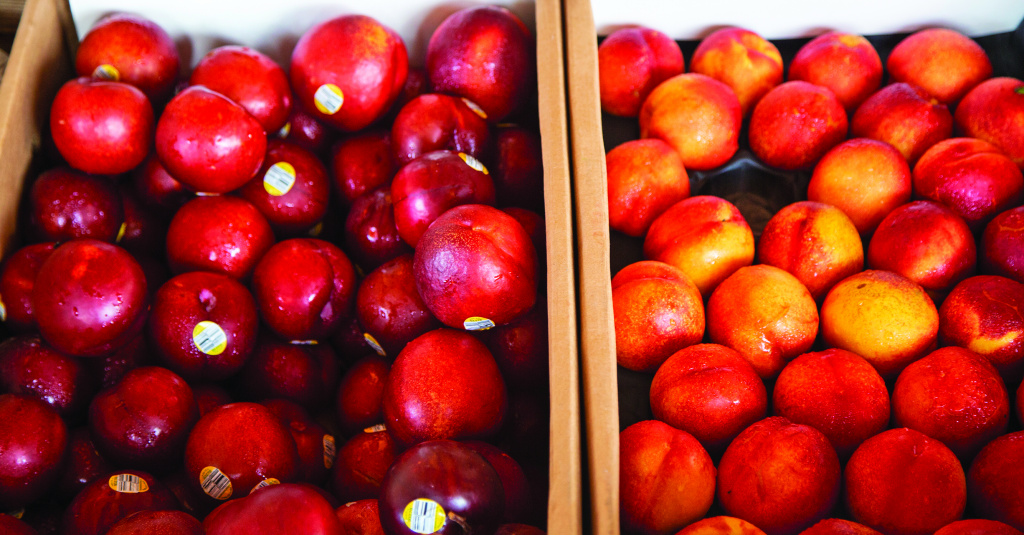 People who need food most may suffer the most when the government changes how it subsidizes residents of the nation’s food deserts. (Photo by: Allesandra Inzinna)

However, the DOA has recently made the decision to switch to a new company, Financial Transaction Management. This transition may not be seamless.

EBT cards are just one of the the government’s methods of fighting food deserts. In 2016, the Florida Legislature passed the Healthy Food Financing Initiative, a bill that provided $500,000 in funding for programs that promote healthy food access. The bill was originally intended to provide $2 million in assistance but was scaled back to test the effectiveness of food desert prevention methods without investing as much money.

So far, the money has been allocated towards two separate projects by the Florida Community Loan Fund, the company tasked with distributing the assets provided in the bill. One of those projects, Fresh Choice Marketplace, is projected to service 23,000 people that currently reside in a food desert.

“Fresh Choice Marketplace is in a town called Ft. Meade, Florida, where there hasn’t been a grocery store for several years. It may not be a huge store, but it’s going to create a lot of impact for the people that live near it,” Janet De Guehery, spokeswoman for the FCLF, said.

The Evans Center, set to open later in 2018 in Brevard County, is an attempt at revitalizing an area that has previously seen success. The building will act as both a source of produce and a community gathering center.

“There used to be a grocery store on that site, but it closed down years ago. A survey was done in the community, and all the residents said, ‘We really need a grocery store within walking distance. A lot of us don’t have a car.’ They may not be huge projects, but they’ll have a big impact on the people around them,” De Guehery said.

Lawmakers aren’t the only ones fighting food deserts. Local non-profit organizations such as Health in the Hood are dedicated to providing fresh produce to underprivileged areas in South Florida. Specifically, Health in the Hood finds vacant lots near the center of inner cities and converts them into vegetable gardens. The produce is then distributed free of charge to those living in the surrounding community.

“A lot of the residents in our area aren’t focused on what they’re eating. Health in the Hood has had a palpable impact, changing the health trajectories of many local residents,” Asha Loring, founder of Health in the Hood, said.

Health in the Hood educates people of all ages about nutrition, fitness and gardening in order to prevent the formation of new food deserts. Furthermore, the organization also provides classes geared towards children, teaching healthy diets, how to read nutrition labels and grocery shopping tips.

“One of our goals is to eventually become a global classroom, and to expand our net worth of markets,” Loring said.

On the federal level, a bill has been introduced that would provide $125 million in aid for areas lacking access to fresh, nutritional food across the entire country. However, the Healthy Food Financing Initiative Reauthorization act of 2018 has just begun its path to being a law, and there is no guarantee that it will be passed by either house of Congress.

All of these initiatives are working to solve a problem that has been plaguing Florida communities for decades. In the meantime, food desert residents must make do.