From Mediterranean to Modern, Miami architecture melds many influences 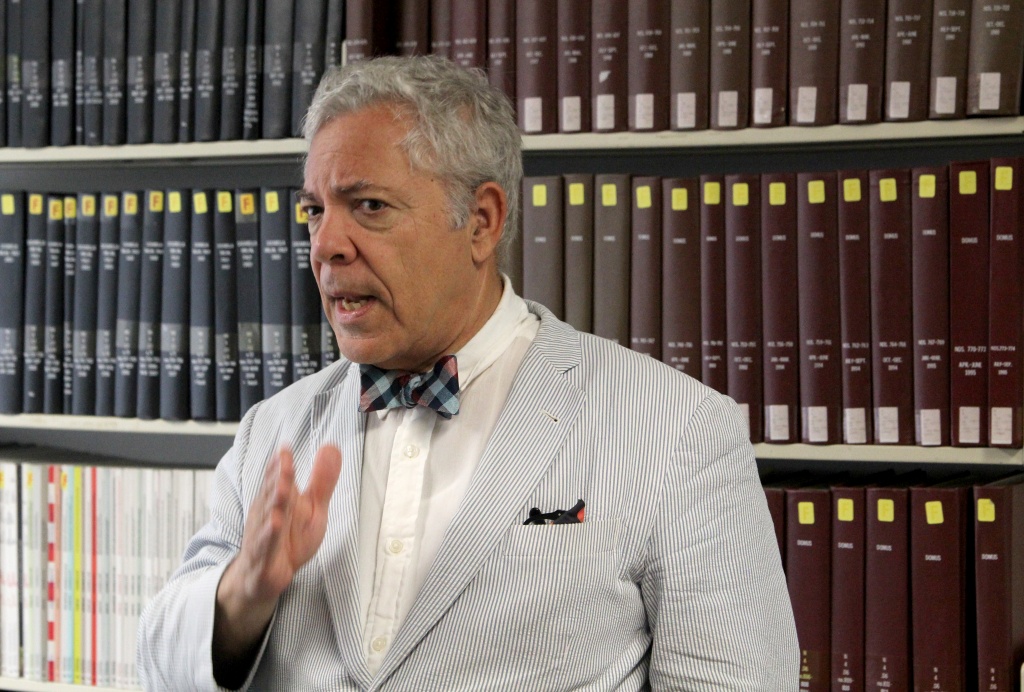 “I think this area is just a small little melting pot,” said James Brown, a worker at the Vagabond Hotel on U.S. 1.

The development of Miami’s architecture through the past century showcases the city’s diverse background as it has evolved from European influences into its own original Miami style. Like its people, the architecture is a melting pot of influences.

During the 1920s, the Biltmore Hotel brought the Spanish Colonial style to Coral Gables, a trend originally created for churches and homes in Europe.

“The Biltmore is what started Coral Gables, and famous people always come by,” said Paula Russi at the Biltmore. “That is what attracts more people.”

Inspired by the Giralda Tower in Seville, Spain, the Biltmore drew in the Mafia and Hollywood to the neighborhood. As the first high-end hotel in the community, it attracted both tourists and businesses.

Just half a mile away from the hotel, the Venetian Pool acted as another tourist attraction, introducing the Mediterranean style to the area. George Merrick, founder and designer of Coral Gables, used grand towers and plazas to emulate a typical Mediterranean estate.

The architectural foundation of Coral Gables entwines both the Mediterranean and Spanish Colonial designs, creating part of a distinct Miami vibe.

Art Deco, another prominent and perhaps its most recognizable architectural form, was inspired by the 1925 Exposition des Arts Decoratifs in Paris. It is known for its bright colors and geometric shapes.

Located on South Beach’s Collins Avenue, the Webster boutique is a noted example of the Art Deco style. Henry Hohauser, the building’s architect, introduced the style to Miami through the neon pink and blue color scheme of the Webster.

Contrasting this loud approach, the Miami Modern style, which had quietly existed alongside Art Deco, brought a more muted look.

Also known as “MiMo,” Miami Modern was introduced to Miami Beach in the late 1940s. It only recently surfaced as a popular trend. Based off minimalist ideals, this design uses a plain background to emphasize pops of color, keeping with the colorful and complex designs of Miami Beach.

Constructed in 1953, the Vagabond Motel represents a traditional Miami Modern building with its white walls and light blue accents. But beyond its architectural significance, the building is a historical reminder of segregation.

“When black people weren’t allowed to go to any other hotel, they would stay here,” Brown said.

However, even as one of the few architectural designs that have originated in Miami, Miami Modern may never take over the more established Art Deco look.

“Miami Modern is another style that they’re trying to bring in by changing Art Deco. They [the City of Miami] don’t recommend the change. They have set rules only for certain areas to change,”said Rayda Almonte, a local architect. “Art Deco is staying in Miami Beach and South Beach.”

Téofilo Victoria, an architecture professor at the University of Miami, believes that this mix of artistic styles creates a unique design that is directly influenced by Miami’s diverse cultures.

“I love Miami and how it is involved with so many different cultures, just the design and the styles it contributes with the art,” said Luis Silva, a free lance architect.