How cultural centers hook up with their communities

Though much was speculated about the effect social media would have on society and culture before Facebook exploded onto the national scene, no one could have foreseen the monumental impact it would have on physical entities seemingly unrelated to digital media.

These unforeseen changes in our global culture are widely discussed and studied, but big changes are happening on the smaller scale of local communities as well.

Rather than falling victim to the ever-evolving social media culture, local communities are getting back to their cultural roots and using social media to spread the history and uniqueness of their individual corner of South Florida in a new way.

One such community center beginning its journey in discovering and promoting their community’s history on social media is the Little Haiti Cultural Complex.

Established in 2006, the LHCC is the brainchild of former City of Miami Commissioner Arthur E. Teele. A decade later, his vision has been fulfilled and the LHCC has become “the mecca of the community,” according to administrative assistant Kenta Joseph.

The center is a “hub for presenting and preserving Haitian and Afro-Caribbean culture,” said manager Abraham Metellus, and it offers a cornucopia of events and activities — a seasonal art gallery, a marketplace, an after school arts program, arts and dance classes, concerts and more.

With so many events taking place, the LHCC developed a social media presence on Twitter, Facebook and Instagram, overcoming the major challenge of operating without a media department.

“We do our best,” Joseph said. Putting on events takes priority over crafting social media promotion, but everyone pitches in to post photos and videos on the LHCC’s various platforms to get the word out.

In the future, the LHCC hopes to incorporate Little Haiti’s history and social media more in their day-to-day operations.

Currently, the complex’s most historically-driven activities are limited to Haitian Heritage Month in May. Otherwise, the LHCC promotes current Haitian culture, making Joseph believe that “more can be done to focus a little bit on the historical component.”

Additionally, Joseph feels that moving to other platforms could be beneficial for the LHCC, but that such is not possible without a media department.

“I would love to see the Center grow to the point where there is a team dedicated to marketing and that way, we can use more unique forms of social media like Snapchat,” Joseph said.

Unlike the LHCC, the museum has a public relations and social media manager, Christine Alexis, who uses today’s most popular social media platforms to bring new life to an attraction that might generally be thought of as “boring.”

Alexis has seen floods of visitors drawn by its social media presence. Whether children or seniors, they all flocked to Florida’s largest collection of artifacts after seeing one of Alexis’ carefully crafted posts.

“Carefully crafted” is no understatement. To ensure that the museum gets optimal exposure, Alexis puts a lot of thought into who her audience is and what content will attract the most traffic.

This method of marketing by demographic leaves no one out. Despite their online presence being entirely English, the museum still connects with potential patrons by having bilingual staffers available to address any nonnative speaker’s concerns.

HistoryMiami’s use of social media to promote their own exhibits and community efforts has garnered a large positive response and sparked community-wide connectivity and conversation.

A Twitter party and Facebook Live stream for the museum’s new Hurricane Andrew exhibit in honor of the storm’s 25th anniversary sparked a discussion between Bryan Norcross, a Weather Channel meteorologist who reported on Andrew, NBC6 anchor Jackie Nespral and other locals.

One Instagram user, sflprgirl, posted her recollection of “Listening to Bryan Norcross on the radio in the stairwell of our house with my whole family.” 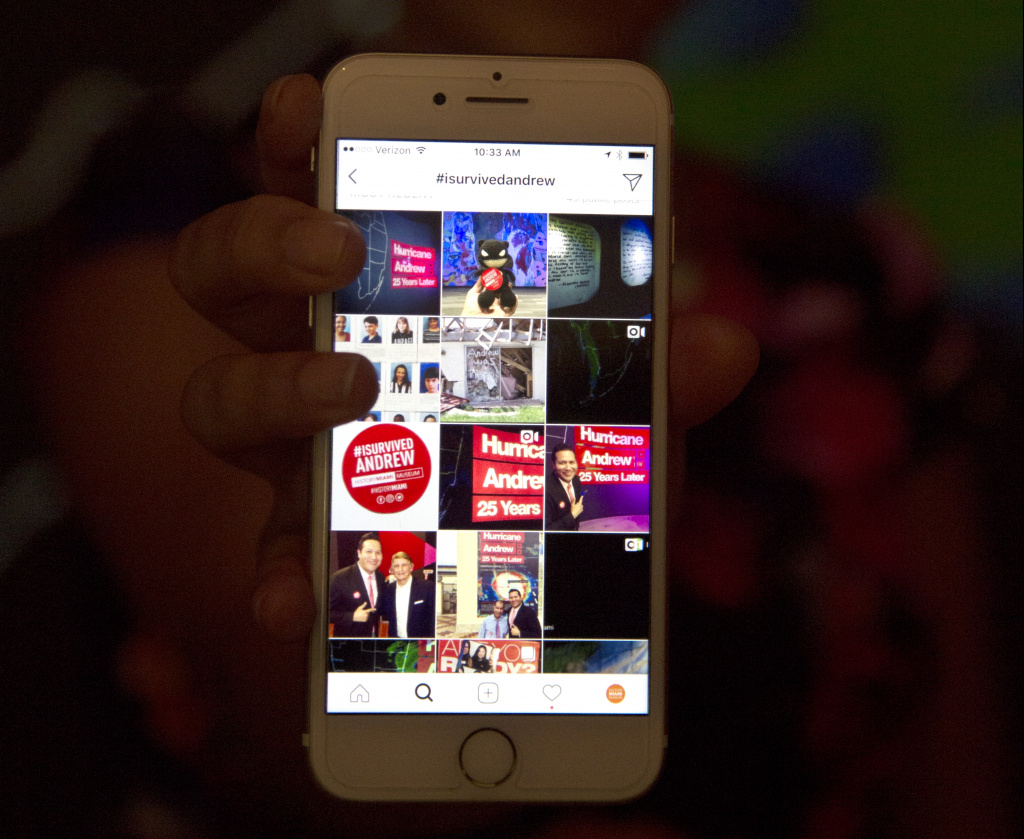 Using the museum’s hashtag #ISurvivedAndrew, which trended in Miami for two weeks, people were able to learn about the historical event either by being prompted to visit the exhibit or simply reading through the accounts of those participating in the documentation of history.

Cultural centers in the greater Miami area like the LHCC and HistoryMiami “are heavily engaged on social media platforms because [they] know that it is important to reach all folks,” Metellus said.

“The community knows we’re here for them,” she said.