Composing homemade beats and writing rap rhymes on his laptop is a labor of love for 22- year-old David Alas, a two-year resident of Liberty Square. With musical notes inked on his left forearm and a cigar in his right hand, Alas describes how internet access creates new possibilities.

“I think a lot of people are going to be happy…having access to the internet opens up so many opportunities,” Alas said.

As one of the few community residents with Wi-Fi in his home, Alas uses the internet to share his work on YouTube, apply for jobs and access other important resources. He views his access as a necessity, and fears his neighbors without Wi-Fi are falling behind in the digital economy.

Liberty Square, the southeastern United States’ oldest public housing project, is implementing a program that will provide Wi-Fi to all of its residents free of charge. The demand for such an amenity is dire in the community, where about 90 percent of residents live without web access. 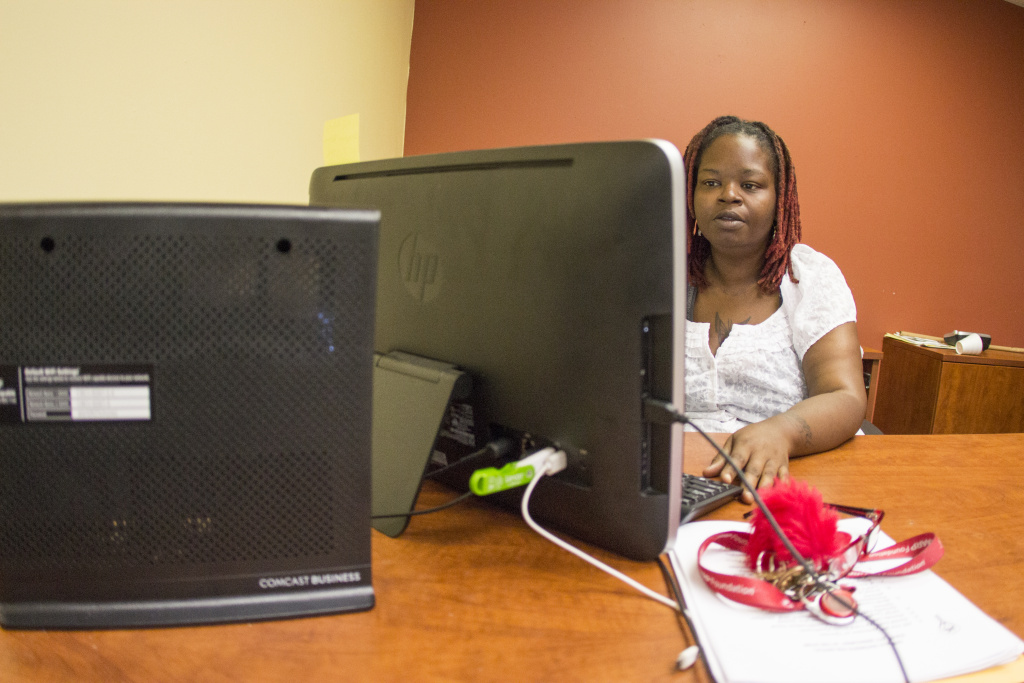 Crystal Corner, President of the Liberty Square Resident Council, works in her office. She is one of the few in the community with internet access. (Photo by Sabine Joseph)

Moses Shumow, an associate professor of journalism and digital media at Florida International University, leads the initiative. He is concerned that Miami’s digital divide is worsening.

Shumow cites the neighborhood’s designation as a public housing project as one of the main obstacles for the initiative’s advancement. Because Liberty Square is owned by the federal government and managed by Miami-Dade County, regulations prevent Wi-Fi hardware from being installed on a unit-by-unit basis.

“There’s an attitude toward people who live in public housing…that they’re living off the government and ‘why should we make things comfortable for them?'” Shumow said. “You’re not just dealing with infrastructure and economics but also this attitude . . . about what they (poor people) deserve, what they should have access to. To me, access to the internet is one of the key civil rights issues of our day.”

The absence of internet access in communities across Florida can be just as detrimental to students as it is to adults, according to Casey De La Torre, an FIU graduate who worked with Shumow on the Liberty Square Wi-Fi community initiative.

“As the world progresses digitally…everything is done online and so, with limited access and limited resources you can’t expect someone to know something that they’ve never experienced before,” De La Torre said.

“There’s no way of knowing unless its via word of mouth or an outside source, not having that internally really puts [students] at a disadvantage.”

While the remainder of the Wi-Fi hotspots are scheduled to be installed this fall, another major development is under way in Liberty Square. In May, Miami-Dade County began an extensive $307 million redevelopment project in Liberty Square to modernize the community. 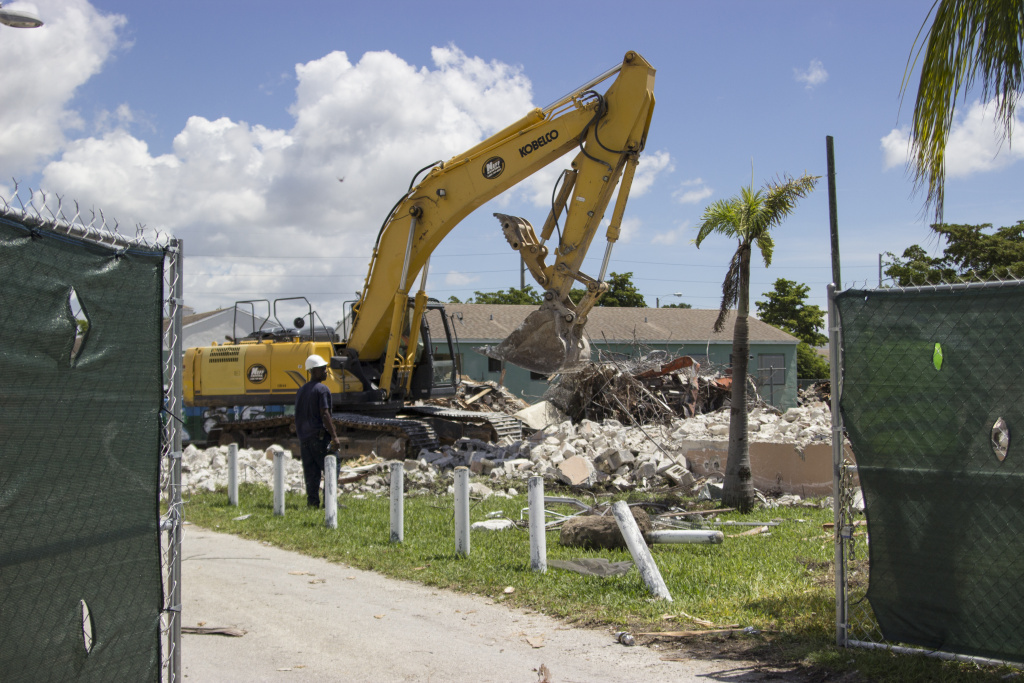 The redevelopment includes gradually demolishing the current housing units, leading some to question why a community Wi-Fi initiative is even necessary. Shumow argues that installing Wi-Fi in the community now would nonetheless be beneficial, as data concerning internet usage and connectivity throughout the community can be collected and used to improve future projects.

Shumow hopes that his initiative will create a domino effect in easily accessible internet throughout Miami, making free Wi-Fi a standard that city developers will uphold.

“My hope is that if the folks who run the public housing in Miami-Dade can get on board with this idea that everyone should have [internet] access that should be fast and reliable, then there’s a chance to have a much broader impact,” Shumow said.