Made in Miami looks to move fashion forward 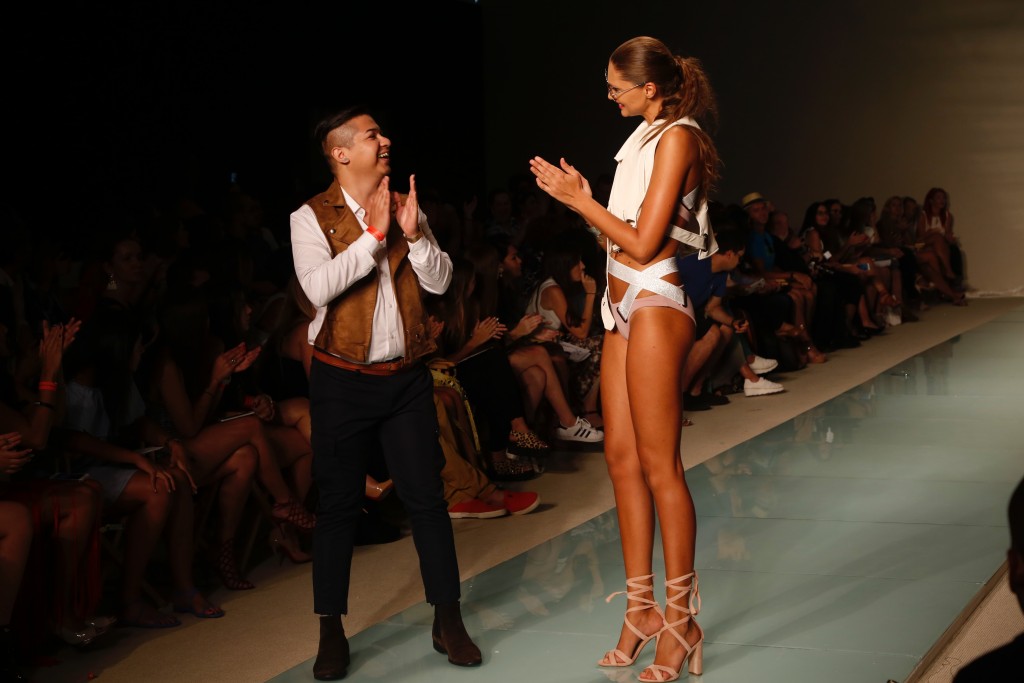 The dance tracks echoed through the low-lit tent as bikini-clad models glided down the runway. An audience of about 400 observed works ranging from Caribbean-inspired one-pieces to mesh-detailed, waterproof jackets.

But while this runway at Funkshion’s annual July Swim Week might have resembled a scene out of New York, it actually took place in the heart of Miami.

“Miami has always had a lot of fashion,” said Charlene Parsons, fashion director of Miami International University of Art & Design. “Most people don’t realize that years ago it was very well-known for childrenswear and many other markets.”

That label is beginning to change, and the city appears to be in the midst of a fashion resurgence. In 2014, Miami was the 19th most talked about fashion spot in the world, according to Global Language Monitor, a content analysis website that monitors internet trends. Two years earlier, it barely cracked the top 40.

“The fashion world is beginning to understand that Miami is more than swimwear,” the website said.

During the 1960’s, the country looked up to The 305 for the latest trends in summer fashion, Parsons said. In 1962, the fashion industry became Miami-Dade County’s largest single industrial employer, and more than 60 percent of Florida’s manufacturing in apparel and related items took place in Miami, according to the John S. and James L. Knight Foundation‘s web blog.

“Miami is an incredible place to get into the fashion business, as you can well imagine by just looking at what we have going on now,” Parsons said, motioning toward the designs of her students at the Funkshion event.

For the past three years, the company has invited MIUAD students to display their swimwear designs as the opening show of the weeklong series.

“We are getting bigger in the sense that more people want to come to study here,” Jove states. “I think that New York is still the capital of fashion, but Miami is giving them a run for their money. I think that Miami will become the next ‘it’ place for fashion designers.”

After being accepted into New York’s Pratt Institute, Coraliz Morales-Martis, 21, chose to study at MIUAD in Miami.

“A lot of things are happening in Miami right now,” said the fashion design major from Ft. Lauderdale.

“We’ve been doing Miami Fashion Week, Swim Week, and now all of the corporate offices are moving closer to Miami to be part of the growing city. New retail spots are coming up in the design district, and designers are coming here to show their collections. So it only made sense for me to stay down here and be a part of that.”

Many other students have decided to start their fashion careers in Miami rather than New York.

“The New York market is oversaturated with people trying to be designers and do everything,” said Craig Segura, 26, another MIUAD design student. “I feel like Miami is an up-and-coming area for fashion.”

As does Judith Cabrera, 27, of South Beach.

“I wanted to go to New York at first because it’s the fashion capital,” the first-year student admitted. “But I found out that this school [MIAUD] has a really good fashion design program and that there a lot of designers that are studying here and then staying here. I realized that Miami is growing into a fashion capital itself.” 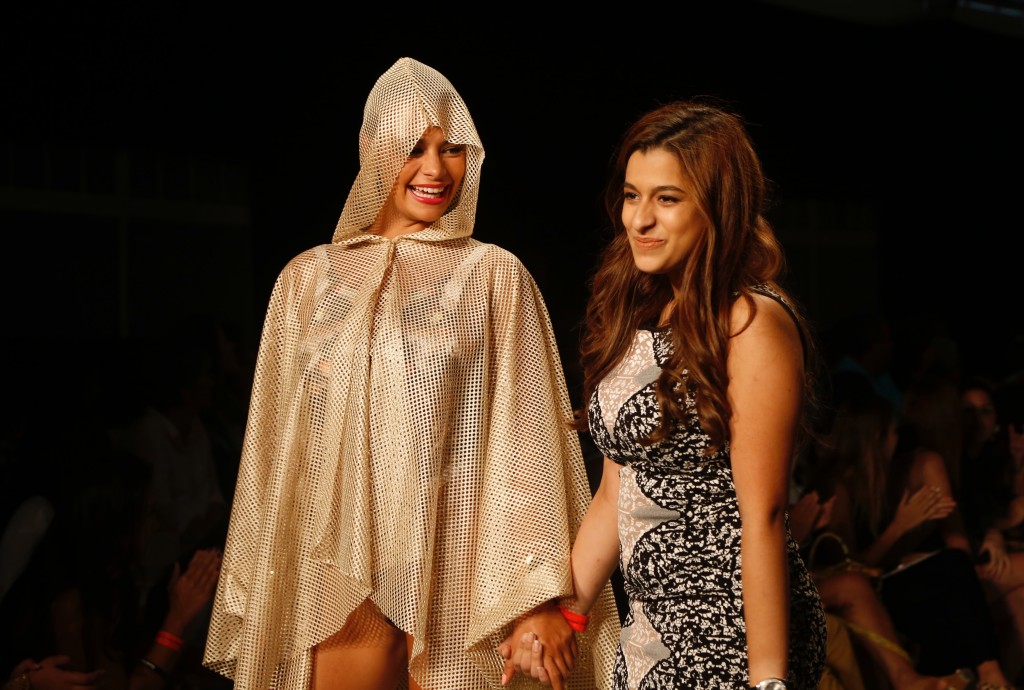 Natalia Velaquez (right) is congratulated after winning the top award for men’s swimwear.

“Miami is definitely one of the biggest places for fashion,” the 27-year-old student designer said.

Like many of her peers, she plans to start her own fashion line and stay in Miami.

“Miami is growing a lot in fashion,” she added. “I want to stay for that. I want to see it grow. I want to be a part of that.”