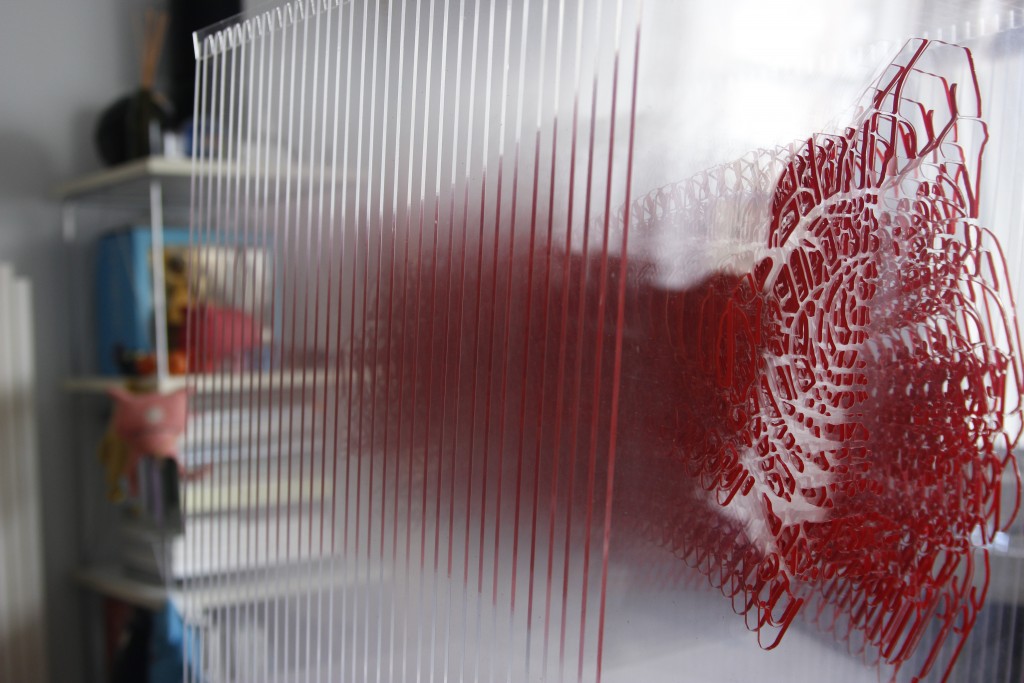 “To Be Determined: An Artificial Excavation,” a collaboration piece between Felice Grodin and Noel Palacios, is featured in Grodin’s Miami Beach studio. Grodin returned to her native South Florida to pursue an art career. (Photo by Danyel De Villiers)

After living in New York during the September 11 attacks, South Florida native Felice Grodin realized two things: she wanted to become an artist, and she couldn’t stay in the city.

“That actually is what caused me to be an artist, to be honest,” Grodin, 47, said. “So after that happened, I really reevaluated everything and decided to, in a way, come home. And it just so happened that South Florida, and especially Miami, was this incredible community for art.”

South Florida artists have begun showcasing their work across multiple platforms, from crowded city streets to chic gallery showrooms. The Miami art scene has always existed, but only recently has the city become a hotspot for creative minds, helping shape its cultural identity.

“It’s like night and day,” said Lilia Garcia, Coconut Grove Art Festival curator and gallery director. “When I was growing up, maybe there were one or two galleries.”

Miami has emerged into an artistic hub, developing its own iconic art district, Wynwood, now home to more than 70 galleries.

“I’ve only been here for four years,” said Lisa Leone, YoungArts Foundation vice president of artistic programs. “Even in those four years, I’ve seen so much growth. In Wynwood, there were a few walls and restaurants. Now I can’t even find a parking spot.”

“It reminds me of New York City with all these little neighborhoods starting to develop,” she said. “And Miami didn’t have that before.”

While South Florida has experienced a recent artistic boom, art made its way to the area before on a smaller scale. In 1963, the Coconut Grove Art Festival began as merely a promotional effort for the Coconut Grove Playhouse.

“It started off as a clothesline art festival, which was as simple as it sounds. People hung up their art on clothes lines,” said Katrina Delgado, the festival’s artist director. “As time went by, it grew.”

That growth, however, was slow.

The Center of Fine Arts, Miami’s first public art museum, opened in 1984, 19 years after the Coconut Grove Art Festival. The facility’s name was eventually changed to the Miami Art Museum to reflect its goal to build its collection, said Rene Morales, curator at the Perez Art Museum. 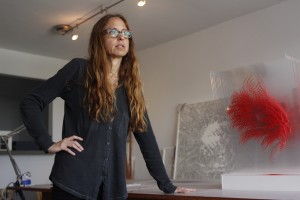 “The works didn’t really excite me,” said Brook Dorsch, founder of the Emerson Dorsch gallery. “They would be very similar, the same style of painting each month. I always thought that galleries should try to challenge the viewer.”

So in 1991, Dorsch opened his own gallery in his apartment. Helen Kohen, a longtime Miami Herald art critic, eventually stopped by.

“She basically told me I had a good eye,” Dorsch said. “And I think that’s what kept me going.”

In 1999, Dorsch decided to expand and opened one of the first galleries in Wynwood.

“It was in complete disrepair,” he said. “You couldn’t step foot into it. And next door was a house that had three rabid pit bulls and two crackheads living in it, basically. I said, ‘This is perfect.’”

Around that time, a turning point arrived when Art Basel set its sights on Miami Beach, a city with empty hotel rooms and a tourist-friendly climate. The first festival took place in 2002. More than 30,000 people attended.

“Many people in greater Miami didn’t know how to spell or pronounce ‘Art Basel,’” said Robert Goodman, an Art Basel Miami Beach spokesman. “You plant a tree, and as it grows, flowers sprout around it. And that’s sort of what happened with us.”

As the local art scene grew after Art Basel, Wynwood went from housing a handful of galleries to Miami’s definitive art district.

“Year after year, everything got bigger and bigger,” Dorsch said.

Soon after, the Miami Art Museum moved downtown and became the Perez Art Museum in 2013. With the art scene still growing, artists such as Grodin believe that the art world won’t turn its gaze away from Miami anytime soon.