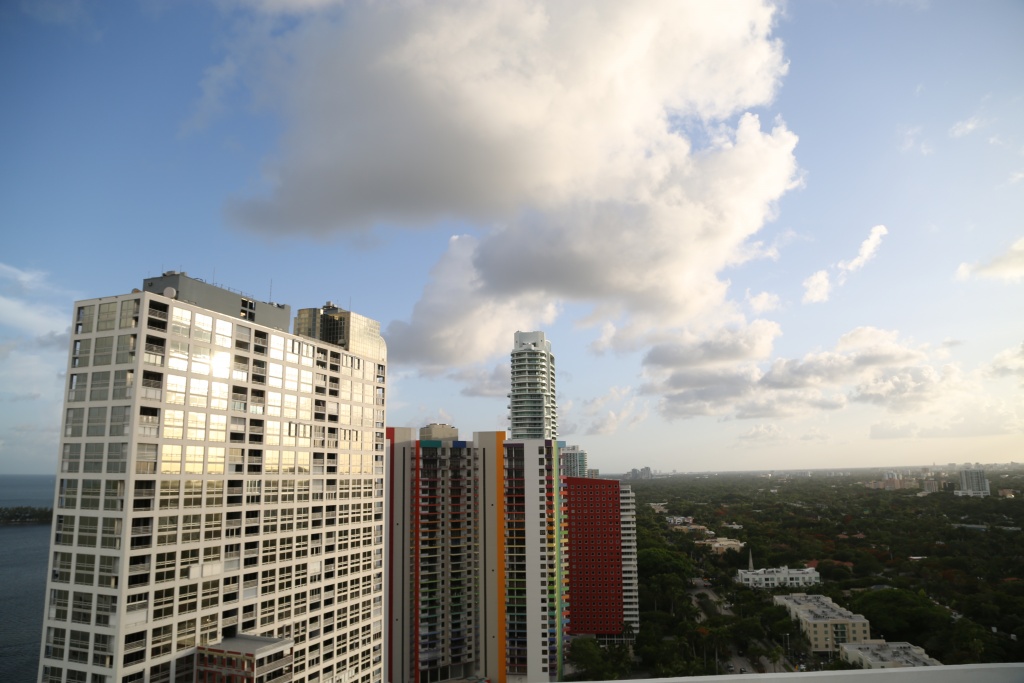 Sun-filled beaches, unmatched nightlife, breathtaking resorts at every corner, and a melting pot of cultures.

Those may be perceptions of Miami, but the city recently found itself listed as the worst city in which to live in the United States.

The list was produced by 24/7 Wall St., which ranked the 50 worst cities by collecting data on 550 cities with populations of 65,000-plus residents based on categories such as demographics and economy.

Miami-Dade County Mayor Carlos Gimenez agrees with some details in the report, but disagrees with more than a few.

“It’s one of the hottest cities to live in, but Miami has been harbored by poverty and other economic issues for a long time,” Gimenez said.

24/7 Wall St. is a financial news and opinion company that produces content for major publications and publishes about 30 stories a day on its internet website.

According to Christine Bermudez, a public information officer for the Departement of Community and Economic Development, Miami has an abundance of foreign and out-of-city newcomers who invest in homes in the city, which prompts the rise in home values.

The question remains: Is Miami really that bad?

“If you’re making $31,917 income and you have a couple of kids, there’s no way you can buy a house,” said Piper Rothan, a Keyes realtor.

The city has seen itself plunge into serious social problems; 1 percent of those in Miami’s job industry make millions more than the other 99 percent.

In a recent article by the Miami New Times, Peter Beach was profiled for his photo illustrations showing the gap between the rich and the poor.

As he did his photo shoots, Beach continually encountered a homeless man at a picnic table who collected bags of cans for money; this was Beach’s enlightenment.

“This is a city with a ton of problems with a thin little happy veneer,” said Beach, a Boston native who has lived in the Miami area since 2002. “The second you rip off that veneer, it’s an ugly sight.”

According to the U.S. Census Bureau, data shows that of the 441,00 residents in Miami proper, one out of every four individuals are living below the poverty line.

“People who are working for minimum wage or less, I don’t know how they do it,” said Rothan, the Keyes realtor. “A lot of people are falling through the cracks.”

Despite the substantial poverty rate and staggering home values, organizations in the Miami area offer numerous programs in the hopes of decreasing the number of people who find themselves falling through these cracks.

“Our services provide an opportunity for low income families and individuals to get back on their feet,” said Ofelia Martinez, Program Administrator at the Department of Children and Families.

The Department of Children and Families provides a helping hand to individuals and families who find themselves near the poverty line. The organization offers food assistance, temporary cash assistance and Medicare services.

“We have had professionals making close to a six figure salary who have never contacted the Department of Children and Families, now calling us asking for help because they lost that big income salary,” Martinez said.

Through the department’s efforts and those of many other organizations in the Miami area, the poverty rate of 26.2 percent is being addressed.

“This department has been providing to people below the poverty line for many years and will continue to do so heading into the future,” Martinez said.

Mayor Gimenez said Miami-Dade County is investing in a range of fields, mostly technology and clean energy. By investing in these fields, Gimenez hopes it will lead to new jobs and help people pursue independent lives.

As Miami continues to grow, it seeks to put an end to the adversity toward the city and improve the quality of life for its residents.

“Do we have a lot of problems? Yes, but the quality of life in Miami cannot be driven by one statistic,” Gimenez said. “The goal in Miami is to make peoples lives better.”