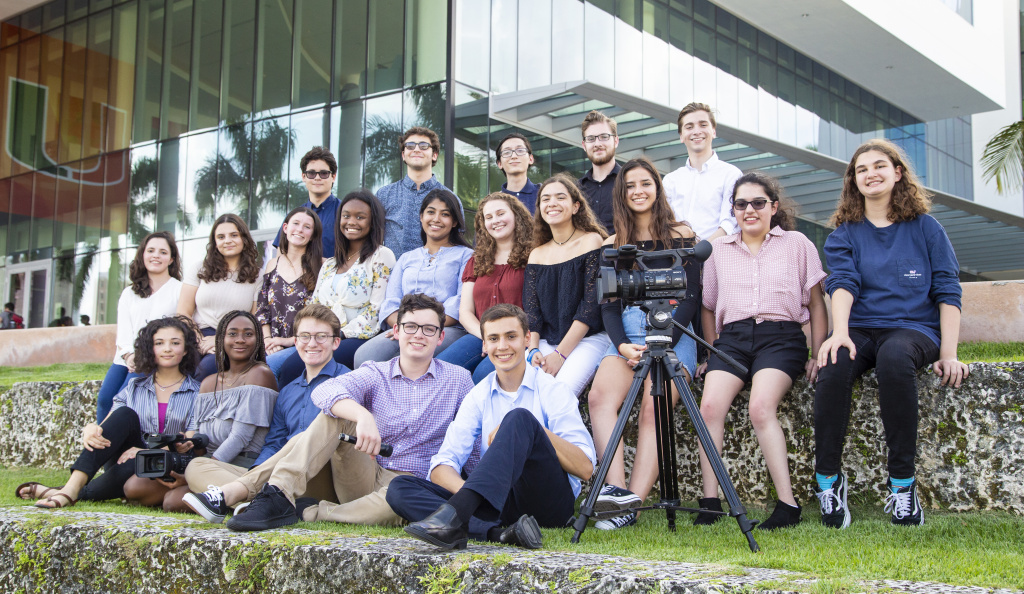 For 21 days, 20 student journalists from all over Florida made the trek from their high schools to the University of Miami School of Communications. There, they worked hard to report stories on health and wellness in South Florida, specifically in the teen and elderly populations.

“What we cover at Montage are things that haven’t been in the spotlight but really should be,” said John Folsom, a participant from Florida State University Schools.

“We hit stories that people don’t necessarily know about, even though they are just as important as the main news stories of the day.” 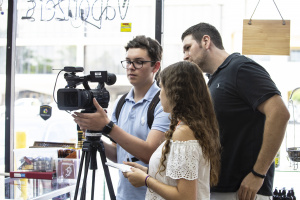 Students chosen for the program learn from industry experts about photojournalism, news writing and graphic design, as well as gain exposure to many different career paths in journalism.

“The most valuable thing I learned is really how to go get the story,” said Allessandra “Alle” Inzinna, a senior at Palmetto High School. “Sometimes sitting around, waiting and researching isn’t enough. You have to go and find your sources, look for what you need.”

Inzinna’s article centered on elderly people staying longer in the workforce.  She sought out potential interviewees at a local Sedanos and through Uber.

This year, 2018, marks the 50-year anniversary of urban journalism workshops in America. The first workshop, held at American University, was designed to give black students the tools to report the experience of black communities during the civil rights movement.

Since its founding, the Dow Jones News Fund has supported 12,000 high school students in free workshops all across the country.

“So there will always be a need for professional people who know how to find out information and filter it in a way that is understandable to the average citizen.”

Fred Blevens is the co-director for editorial content. He began working with Miami Montage 10 years ago. He said the face of journalism is evolving and will become more multi-media in the future.

“I actually think [the future] is bright. We’ve had many periods of transition in journalism since the founding of the nation. We’re in one right now, and more and more stuff is getting sorted out with the move to digital journalism,” Blevens said.

This was the first year the theme was predetermined by sponsors, specifically the Robert Wood Johnson Foundation.

“Healthcare seems to be the biggest issue with young people and with old people. Those are the two demographics we focused on because they seemed to be the ones with the most difficulties,” Blevens said.

“Anything that contributes to peoples’ knowledge of how it works and what’s going on is valuable to people making decisions or forming opinions about our health care system.”

When they weren’t working on story deadlines, workshop students got a taste of the college lifestyle.

“There is more to this than starting a career in journalism,” Blevens said. “Maturity, learning to live in a dorm, being away from parents, surviving on your own, socializing with everyone in the group, eating terrible food…. are all things you learn.”