Hurricane Irma took a heavy toll on the elderly when it swept through Florida in September. Power outages from the storm caused 12 deaths after the air conditioning went out at Hollywood Hills Rehabilitation Center.

Some declared the nursing home crisis “solved,” but the lack of generators in nursing homes is just one symptom in a much larger epidemic of elder abuse.

The legislation amounted to “closing the barn door after the horse is out,” said Dr. Kenneth Goodman, a medical ethics specialist at the University of Miami. “We needed to have a bunch of dead people before anyone thought that was necessary, and that is dispiriting.”

Elder abuse includes anything from sexual abuse to fraud to neglect, and it is a key issue in Florida, which has the highest percentage of elderly people in the nation, according to the U.S. Census Bureau.

It is difficult to find statistics on elder abuse, as there are no national records. But in Florida, the number of verified cases of elder abuse was 2,525 in 2015, a 74 percent increase in four years, according to the Florida Department of Children and Families.

While some groups in Florida are advocating for the elderly, the challenge lies in balancing protection of the vulnerable with the cost of providing that protection.

Although the Florida legislation originally had a 60-day installation deadline from the bill’s passage (the end of May 2018), nursing homes and advocates pushed back. The deadline for installing generators has now been extended to Jan. 1, after the end of the current hurricane season.

Other politicians have also tried to tackle the issue. State Sen. Gary Farmer, a Democrat from District 34, is known for having fought for stricter rules governing nursing care facilities. He said that legislators should focus on creating “a regulated high standard that is in the best interest of the residents and patients, not what is in the best interests of the business of nursing homes.”

But some people in the healthcare industry were concerned that the initial proposals were too rigid.

“We don’t want to trade one tragedy for another,” said Kristen Knapp, director of communications for the Florida Health Care Association (FHCA).

“We want to make sure work is done correctly in the most reasonable timeline. The initial emergency rule that dropped gave facilities a 60-day timeline to install generators, which we believed was just an unrealistic timeline to accomplish. The process for installing a generator properly and safely from start to finish takes about 38 weeks.”

“The government, rightfully, was upset by what happened in Hollywood Hills, but it was a knee-jerk reaction by the government to say that, ‘This needs to be done in these many months, and we don’t care what the cost is,'” Coleman said. 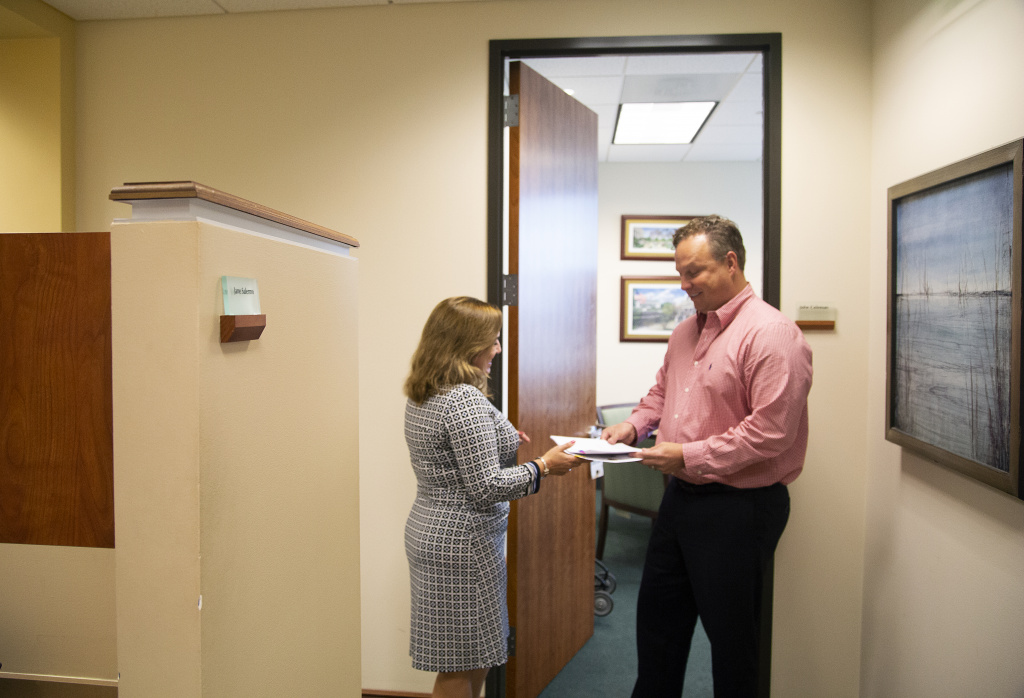 Health care attorney John Coleman is critical of the state’s mandate on generators at nursing homes. (Photo by: Olivia Solomon)

He said many facilities were left without resources to make changes and had to shoulder a large financial burden. He described the issue as multitiered.

“The individual operators and the families need to be the voice…for their loved ones,” he said.

On a local level, it is close to impossible to have a clear indication of how deeply rooted the issue of elder abuse is. Without regular and continued attention to these cases, neglect and abuse of the elderly will remain a mostly invisible issue, surfacing only briefly and exceptionally.

But when the institutions tasked with caring for the elderly fail, experts say that it is society’s responsibility to make sure those over 65 are protected.

“Any time you find circumstances, especially in some sort of aggregate living environment, [where the individuals] are not well cared for, that’s a failure of our society to take adequate care of them,” Goodman said.

And, currently, he believes Florida is coming up short.

“This is an example of a society that keeps talking about how important its values are, but is unwilling to put its money where its mouth is.”