Overtown, once a thriving community, searches for ways to get by 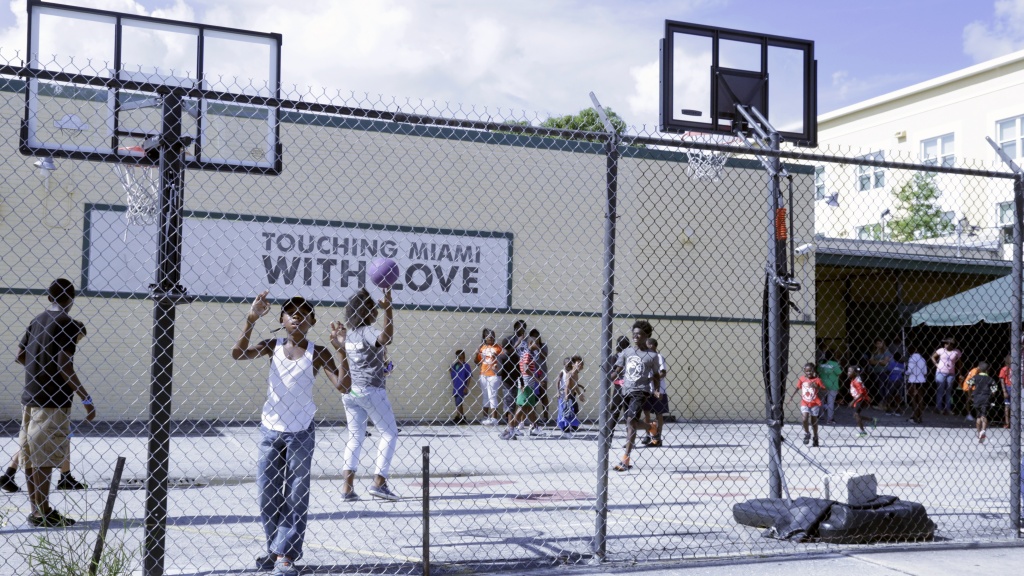 Overtown’s last black-owned grocery store, with its half-empty shelves and guard cat, is easy to miss.

Bernard Bradley, 40, inherited Bradley’s Grocery from his father and has worked there since he was a kid. Recently, however, he’s felt the urge to take his business elsewhere.

Miami’s Overtown, once called the Harlem of the South, was known for robust music, nightly entertainment and addressing the needs of the community.

“Most of it has been here for 100 years,” said self-proclaimed community photographer Jovan Lamb, 38.

But construction of I-95 in the 1960s split the neighborhood and forced businesses to close. Residents moved out to make room for the highway. It would never be the same.

“That was the village, and it basically ripped the town in half,” said Lamb, a lifelong Overtown resident. “Over time, I’ve just been watching buildings come and buildings drop.”

Among those buildings have been several new high-rise condominiums and chain stores, which raise the cost of living and ruin the charm of Overtown, Lamb said.

VIDEO: The neighborhood of Overtown was once the hub for black culture in Miami. Since the construction of I-95, the neighborhood has declined. With the danger of gentrification looming, the locals discuss the changes they have seen over the years.

“We’ve always considered this a bounce-back area for people who are unfortunate, who couldn’t live paying $800 or $900 dollars in rent,” he said. “This was an area where you could come, save your money and then go back into the world and try again. For people who were incarcerated and couldn’t get jobs, this was the place.”

Billy Hall, a Florida International University doctoral student whose research was based on Overtown, said that refurbishing the area meant that new residents would be less likely to shop at old businesses.

“The thing about black-owned businesses is that they are frequently patronized by black people,” Hall said. “That area is becoming more Hispanic. Those businesses will be affected. [New residents] are going to want a 7 Eleven, or something more familiar.”

“It’s not black anymore,” Bradley said. “The blacks ran away. We don’t care about each other anymore. The only time we stay together is when a tragedy happens.” 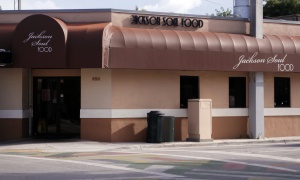 Jackson Soul Food, a family-paned restaurant, is one of the few black-owned businesses remaining in Overtown. (Photo by Kyle Wood)

Jackson Soul Food Restaurant, one of the few black-owned restaurants left, has been a family-owned and operated mainstay since 1946. Lataurus Ingraham, 32, also a native to the area, grew up in Jackson’s kitchen. His grandparents, Jessie and Demus Jackson, started the restaurant and passed it down to Lataurus’ mother, Shirlene Ingraham. He represents the third generation to work the business.

Ingraham believes the neighborhood has changed in recent years.

“We don’t have to fear [petty crime] here,” he said, recalling the countless times that he’s left his car unlocked with the windows rolled down without the fear of it being stolen.

These days, the most pressing issue for Overtown isn’t crime. It’s job security and fair wages. There’s hope that projects such as the Miami Worldcenter, one of the largest urban development projects in the nation, and international soccer superstar David Beckham’s city-approved soccer stadium will create jobs.

But not everyone is convinced.

“It’s not really benefiting very much,” Hall said. “People [in Overtown] have no wealth, no means to stay in the game as it develops. Benefits won’t trickle down without a real structure.”

Instead, locals such as Ingraham believe that established businesses will help save Overtown.

“It means a lot to have the business and to pass it on to my kids,” he said. “My kids are going to have kids, and I’m trying to keep a tradition alive.”