South Beach queens happiest when life is a drag 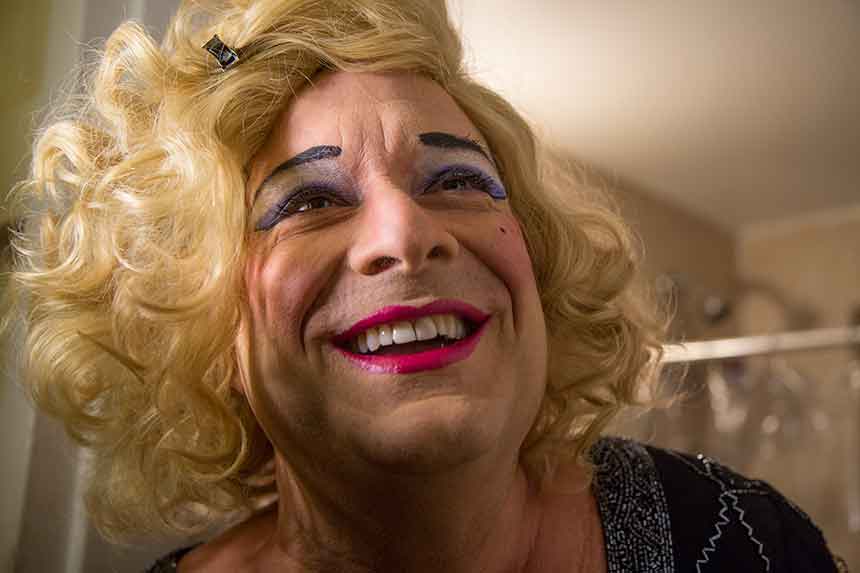 Shelley Novak prepares to leave her apartment for the short walk to Score, a drag bar in South Beach. Novak is the hostess at the club. (Photo by Uma Chatterjee)

Tommy Strangie has been wearing the same black pumps for 25 years. In the iconic Miami drag scene, they’re about the only things that have stayed the same.

Known throughout South Beach as Shelley Novak, Strangie has been an iconic Miami drag queen since 1992.

Drag shows have been a major part of Miami nightlife since the late 1940s. At that time, New York and Los Angeles were hot spots for drag, but Miami slowly made a name for itself in the drag scene. Today, Miami is experiencing a thriving drag culture. It has evolved throughout the years, but it remains a mainstay in Miami entertainment.

Strangie says Miami has its own drag scene aura unlike any other city. In the early days, the practice was far from accepted, and discrimination was rampant. In the 1950s, Miami-Dade passed an anti-crossdressing ordinance that made it illegal for males to dress in drag in public.

Eventually, the culture shifted. In the late 1980s, South Beach was relatively cheap, empty and waiting to be discovered. The gay community began to occupy the area, setting up drag bars in their wake.

The real onset of Miami drag, according to Strangie, was when fashion icon Gianni Versace made the drag nightlife visible. Dubbed the Miami renaissance, this period of growth turned South Beach from a casual locale to a drag hub for performers around the world.

Stavros Stavrakis, known in the community as Athena Dion, agrees.

“Miami in the 90s was really it for drag,” Dion said. “I think at that time, queens and South Beach went hand-in-hand with Miami’s identity.”

Venues like Score and Palace have hosted drag queen shows for decades, contributing to the rise of Miami’s nightlife.

After Versace’s murder in his Miami Beach home in 1997, though, Miami’s drag culture began to suffer. Edison Farrow, a nightlife promoter in Miami for 16 years, dealt with this firsthand.

“For a while, drag got lost a little,” Farrow said. “It happened when it got expensive to live in South Beach.”

Miami’s drag scene came back in 2009 when RuPaul’s Drag Race first aired on TV. This turned the playful performance of drag into serious business and drew national attention to drag sites around the world.

“In the early days of South Beach, it was almost clownish, off-the-wall drag,” Farrow said. “Then it turned into pretty, professional drag.”

Not all of the community has a positive outlook on the shift. Dion started doing drag in 2011. She posits that drag is not what it used to be. Because it became more streamlined and competitive, it lost its unique edge.

“Social media platforms and shows like RuPaul’s Drag Race are trying to create guidelines for drag,” Dion said. “It’s not right. Drag is a form of expression, and it’s different for everyone.”

Despite this outlook, Dion says she loves what she does. She calls herself a social drag queen, and says that for her, performing is about connecting with the audience.

“Drag is more than dressing like a woman,” Dion said. “It’s creating a new person.” 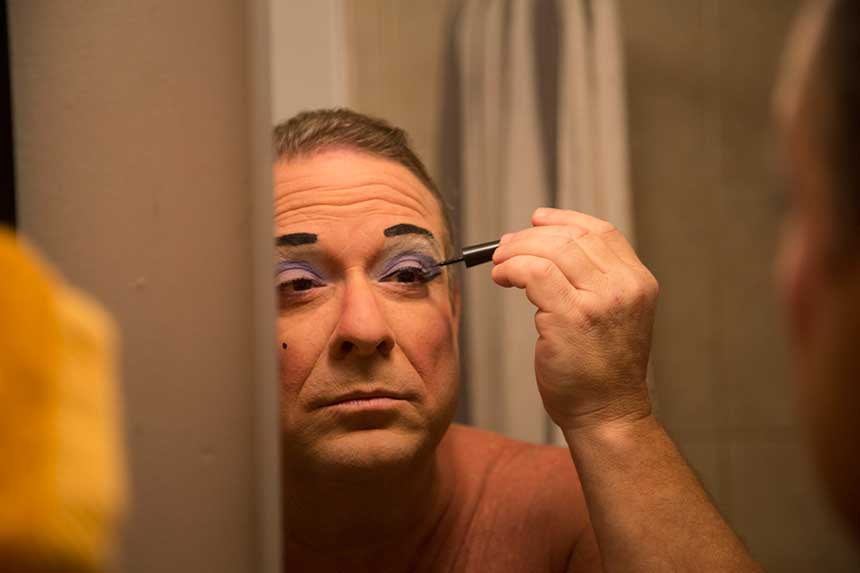 With years of experience, it only takes 30 minutes to turn into Shelley Novak. (Photo by Uma Chatterjee)

Antonio Mendez started dressing in drag in 2015. He’s dabbled in South Beach but has mostly performed in other areas of Miami, paying special attention to art galas. He felt he couldn’t bring a certain level of creativity to his performances.

“South Beach drag is not something I could compete with,” Mendez said.

Other areas in Miami are beginning to create their own drag scenes. This counter-culture has attracted many aspiring queens.

“It’s growing exponentially in a really good way,” Mendez said. “It’s ratchet, but it’s very come-as-you-are with no judgment. We’ve never turned anyone away. We’re not about that.”