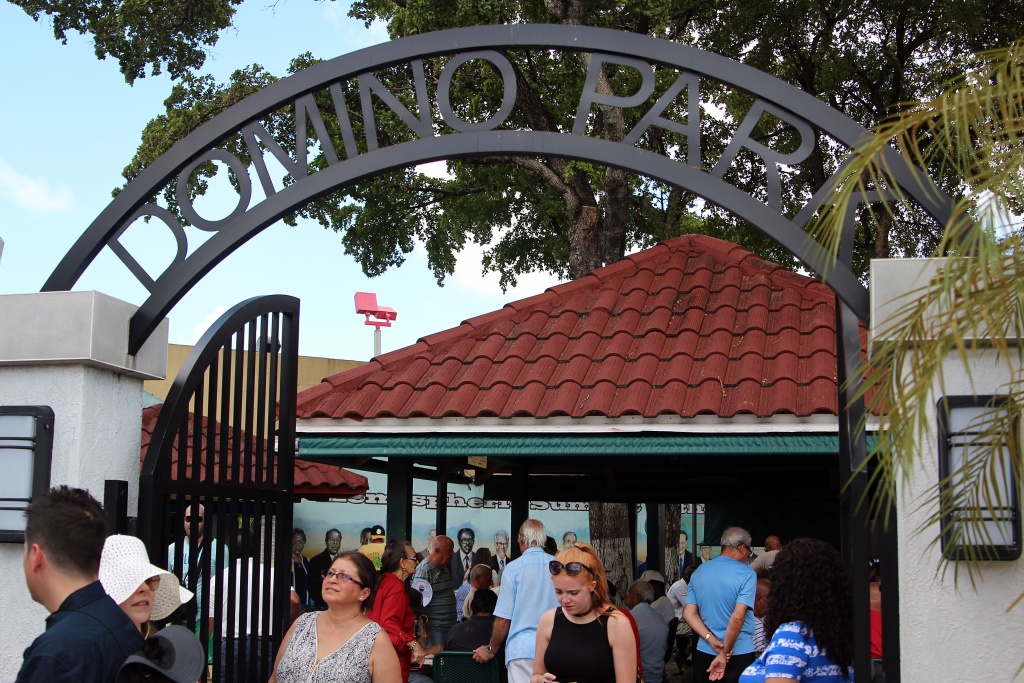 Many Miami residents know the city’s identifiable neighborhoods: Little Havana, Little Haiti, Overtown and Liberty City. Each neighborhood has had its own distinctive identity over the years.

Today, that is changing.

“In the ’70s and ’80s, there was a clearer demarcation between cultures and people,” said Jorge Zamanillo, director for the HistoryMiami Museum. “Now, you’re from ‘Miami’, where everyone is accepted for their cultures.”

As South Florida continues to attract those looking to make Miami home, the city’s cultural identity is becoming more diverse and integrated.

However, throughout his tenure at MDC, George experienced a change in the student demographic.

“As well as Hispanic, it has become increasingly Haitian and African-American,” George said.

In 2010, Hispanics accounted for 65 percent of Miami-Dade’s 2.5 million residents, according to the U.S. Census. While Cubans continue to make up the majority of the Hispanic population in Miami-Dade, the city’s South and Central Americans are on the rise.

Of the 1.6 million Hispanics, Cubans represent 53 percent. South Americans make up 17 percent and Central Americans 13 percent, according to census data. The populations of Venezuelans, Argentineans, Guatemalans, Hondurans, Salvadorans, Ecuadorians, Colombians and Dominicans have increased the most since 2000.

Like the Cubans before them, South and Central Americans are coming to Miami, in part, because of political and economic turmoil.

While Miami’s black community has not grown at the Hispanic’s rate, the number of Haitians and those from other Caribbean islands has increased. Many Haitians moved to Miami following the country’s devastating earthquake in 2010.

With the population increases, the identity of some of South Florida’s neighborhoods have and will continue to change.

The FIU Metropolitan Center conducts research and releases data about communities in the South Florida area. In 2014, they began to publish statistics regarding population changes in many South Florida neighborhoods.

The center reports that Little Havana has experienced a 19 percent increase in total population from 2000-2014. Of that population increase, 8 percent came from Hispanic backgrounds. The African-American population has increased 34 percent.

Little Haiti, which always has been predominantly black or African American, has seen a 54 percent increase in non-Hispanic white citizens over the past 14 years, according to the FIU Metropolitan Center. 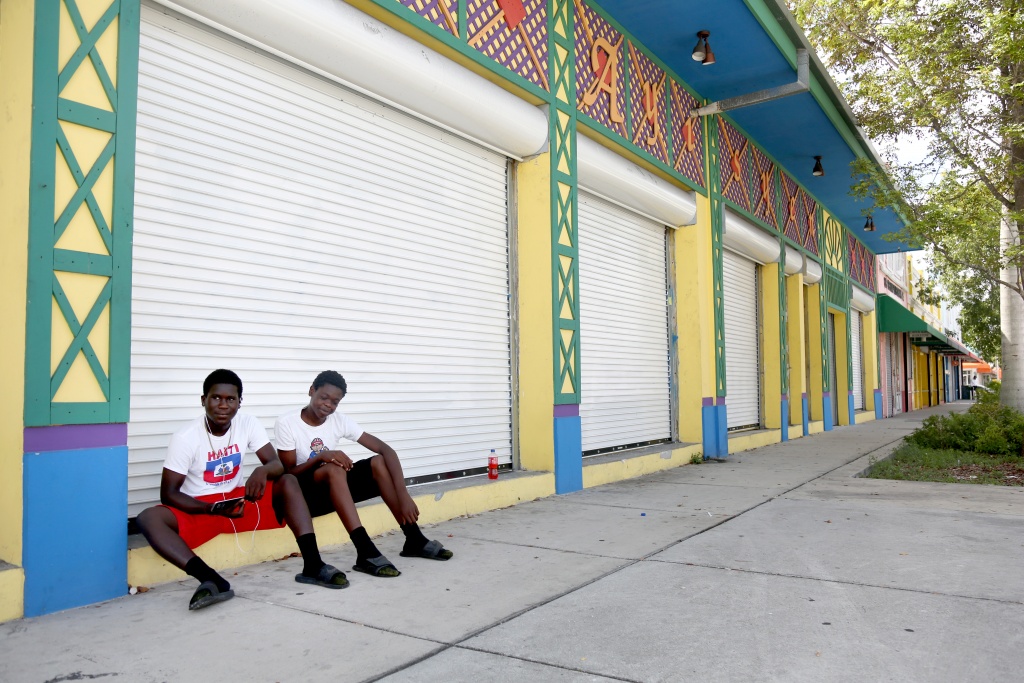 Evens Jean Joseph, 16, left, and William Oscar, 15, take a break on the streets of Little Haiti. (Photo by Anthony Fernandez)

Little Haiti has also gained a close relationship with Hispanics.

“We feel really comfortable with the Cubans,” said Georges Metellus, a board member of the Center for Haitian Studies. “We eat the same thing, our music is very similar and our religion is very similar.”

The CHS is a non-profit organization that provides social services such as health care for the Haitian citizens in South Florida.

Overtown has always been a heavily African-American area, but during the first 14 years of the new century, the rate of Hispanic population growth has outpaced African-American growth, with Hispanics shooting up 140 percent, compared with a 26 percent decrease in African Americans. It is evident that times are changing within Overtown and its surrounding neighborhoods. 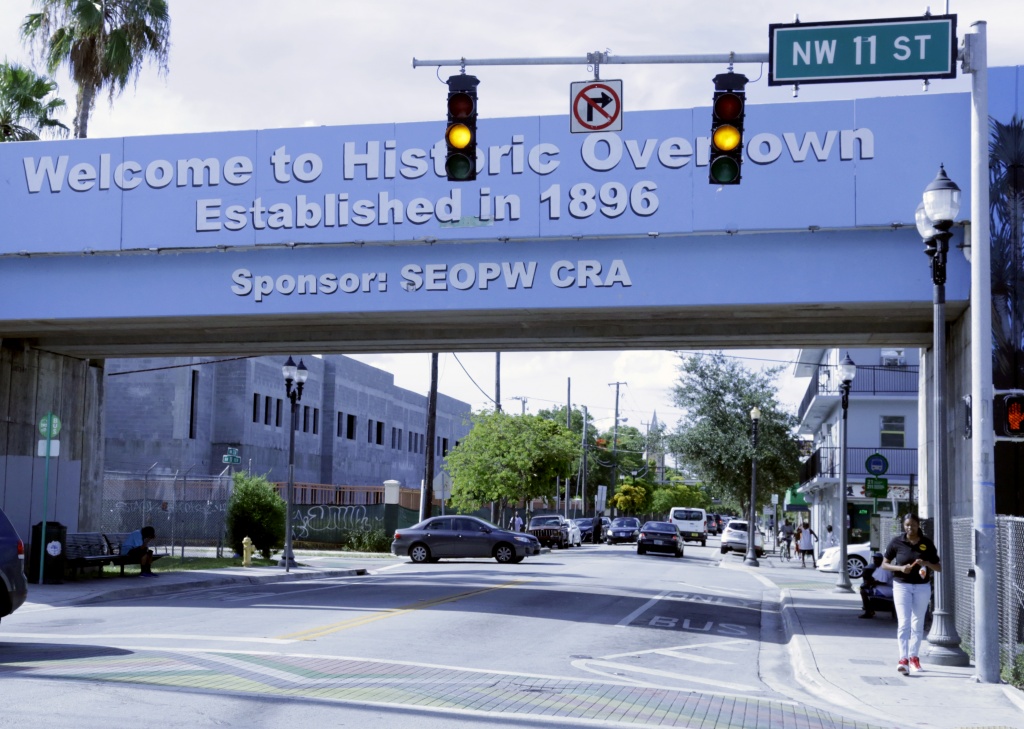 History is rich in this old neighborhood, which once was the heart of African-American music, food and entertainment. (Photo by Kyle Wood)

“It’s nothing new that our culture has been collaborating with people of other cultures,” said Garry Lafaille, an administrator for the Neighborhood Enhancement Team, which serves as a bridge between the government and South Florida’s neighborhoods.

Many experts are predicting that South Florida’s population will continue to diversify well into the future.