When technology turns into a bad — and expensive — habit

After an onset of depression, conflict with his parents and problems with his car, Isaac Veisburg resorted to online gaming to get away from his surroundings.

Originally from Miami, Veisburg moved to Washington, D.C. for college. The day before his classes started, he downloaded a video game and played for the next 42 hours.

“And then I slept,” he said. “I slept through my first class Monday, and I didn’t go to class the rest of the day, and the day after, or for five weeks after that.”

Video game and internet addiction among young people is a growing problem in the United States, but awareness of the problem is fading. Internet addiction disorder (IAD) is characterized as online compulsive behavior marked by an inability to control the amount of time spent using technology. Addicts experience withdrawal symptoms when they are without internet access, and their disorder has work and academic consequences.

Fifty percent of teens say they “feel addicted,” and 59 percent of parents believe their child is addicted, according to a poll by Common Sense Media. Despite these numbers, only four treatment centers dedicated to treating technology addictions exist in the United States even as game designers purposefully try to make their games as addictive as possible.

The addiction can quickly spiral out of control.

“After a success at my job, I allowed myself celebratory gaming for one night. That night turned into a week, that week turned into a month, that month turned into a year.” said Charlie Bracke, a former internet addict.

Psychologist Albert Zbik, who treats patients with internet and video game addiction in the Miami area, sees an average of two to three clients between the ages of 13 and 20 every month.

However, other than psychologists such as Zbik, treatment options beyond individual counseling are limited. There are more and more young people who report having IAD, but the number of professionals who specialize in treatment is not equivalent. An internet search revealed only a couple of specialists in the city of Miami.

“Children are finding an easy escape from stress through technology and are not learning how to cope with it in a correct way, which leads to bigger problems,” said Hilarie Cash, founder of reSTART in Fall City, Washington, one of the four IAD treatment centers. This was the case for Bracke, who said, “I was intentionally gaming to get away from my sadness.”

Another important reality is that technology products are designed to deliberately incentivize users to stay plugged in as long as possible. 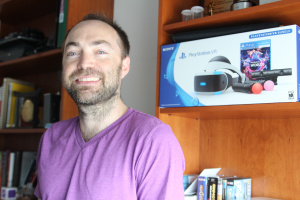 “There is a fine line between boredom and anxiety, and many technology companies lean toward anxiety, which can then contribute to addiction,” said Clay Ewing, a game design professor at the University of Miami. Initially, the boredom in a user’s life is transformed into interest in the game, which then turns into anxiety to repeatedly access the game, which finally results in addiction.

While many have raised concerns about physical and behavioral damage caused by technology use, it was only in 2004 that the first Internet Addiction Treatment Center was founded in Beijing, China. Over the next five years, the rate of patient admittance increased exponentially. The United States caught on in 2009, when reSTART was founded.

But getting treatment is expensive. Bracke spent close to $70,000 for a year of treatment at reSTART. Recovery time is burdensome as well. Zbik recommends patients attend therapy for six sessions of 45 minutes each while reSTART uses programs that last between two and 12 months, depending on the severity of the case.

To help addicts recover, psychologists work with them to develop healthier routines. Through a “therapeutic environment where clients exercise, develop new hobbies, spend time in nature, eat healthy, sleep and are taught to function in social life, patients are able to develop a new lifestyle without technology,” Cash said.

Another common method to rectify the addiction is through Eye Movement Desensitization and Reprocessing (EMDR), which targets the symptoms and disturbing emotions that come from the root problem behind the addiction. Slowly, pessimistic thoughts diminish and positive ones are reinforced.

ReSTART shows that depression, anxiety and attention deficit hyperactivity disorder need to be addressed to be able to progress through the treatment. Zbik believes that 90 percent of the time, addiction is based on underlying childhood causes because babies tend to be given a bottle whenever they cry. Adolescents still expect that instant gratification, which is why they turn to games.

Due to continued advocacy for those affected by IAD, the Diagnostic and Statistical Manual of Mental Disorders recognized and listed IAD as a “Condition For Further Study” in 2013. The World Health Organization has also added gaming disorder to the 11th Revision of the International Classification of Diseases (ICD-11). By doing this, funding for research into long-term effects and psychotherapy treatments has swelled to an all-time high. Cash said partners are continuously doing research that seems to show widespread addiction across the country.

As with many forms of addiction, perhaps the most challenging obstacle to overcome is the widespread denial of IAD as a serious disorder.

“It is the parallel to climate change,” Cash said. “Some can refuse to believe it, but the research is becoming overwhelmingly clear.”